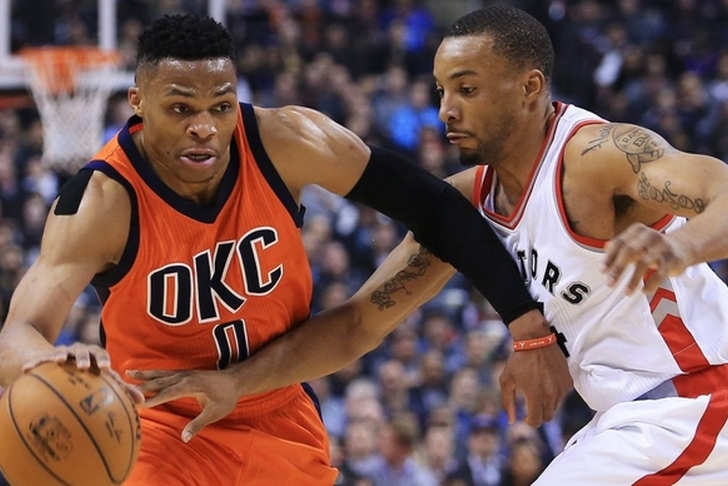 The NBA playoff push is in full swing during the last few weeks of the regular season, and Monday night's 10-game slate provided us with several crucial games. The Chicago Bulls continued their slide out of the Eastern Conference playoff picture, losing 102-100 to the Atlanta Hawks (who clinched a playoff spot with the win), while the Dallas Mavericks moved into a tie for the eighth and final playoff spot in the West with a 97-88 win over the Denver Nuggets.

Elsewhere, Russell Westbrook recorded his 16th triple-double of the season (26 points, 11 rebounds, 12 assists) while leading the Oklahoma City Thunder to a 119-100 victory over the Toronto Raptors, their eighth-straight win overall.

There are six more games on the slate today, so let's preview tonight's contests from across the Association.

Brooklyn Nets (21-52) @ Orlando Magic (30-43) - 7:00 p.m. ET
Orlando is looking to sweep the season series against the Nets, and a loss would officially eliminate them from playoff contention.

Washington Wizards (36-37) @ Golden State Warriors (66-7) - 10:30 p.m. ET, TNT
Washington is desperately trying to pick up a key win to help their playoff push, having won six of their last eight games, while Golden State is looking to inch closer to breaking the 1995-96 Bulls' mark for best record in NBA history.

Pierce (ankle) 'out for a little bit', Rivers says