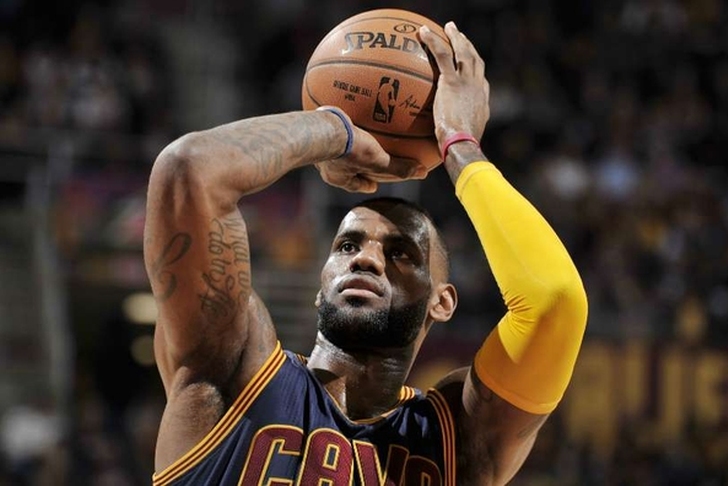 The basketball world might be focused on the NCAA Tournament at the moment, but there is still plenty of NBA action to enjoy. There were just five games last night, including the Cleveland Cavaliers blowing a lead against the Brooklyn Nets, losing 104-95. In other action, the Los Angeles Clippers won a thriller against the Portland Trail Blazers 96-94 on a buzzer beater by J.J. Redick.

There are nine games on the slate today, so let's preview tonight's contests from across the Association.

What's On Tap:
Minnesota Timberwolves (23-48) @ Washington Wizards (35-36) - 7 p.m. ET
The Timberwolves remain in a rebuilding year, but can help play spoiler for the Wizards. They are on the outside looking in of the playoff picture.

Orlando Magic (29-42) @ Miami Heat (41-30) - 8 p.m. ET
The Magic are well out of the playoff race, but this game has importance for the Heat and their seeding. Miami is coming off a blowout loss to the Spurs.

Milwaukee Bucks (30-42) @ Atlanta Hawks (42-30) - 8 p.m. ET
The Bucks-Hawks matchup is similar to the Heat-Magic one. The Bucks are fighting for lottery odds, while the Hawks want a better playoff spot.

Phoenix Suns (20-51) @ Sacramento Kings (27-44) - 10 p.m. ET
The Kings looked like a playoff contender earlier this season, but have fallen apart. They've lost eight of their last 10 and are heading the wrong way in the standings.

Denver Nuggets (30-42) @ Los Angeles Lakers (15-56) - 10:30 p.m. ET
The Lakers aren't making the playoffs this year as the Kobe Bryant Farewell Tour continues. The Nuggets are five games back of the playoffs and need to start a run now.

News And Notes:
Mavs' Chandler Parsons undergoes knee surgery, is out for year.
The New Orleans Pelicans signed former first round pick Jordan Hamilton to a 10-day contract.
LeBron James Vows To Do More For Cavs
NBA Coaches Most Likely To Be Fired At The End Of The Season