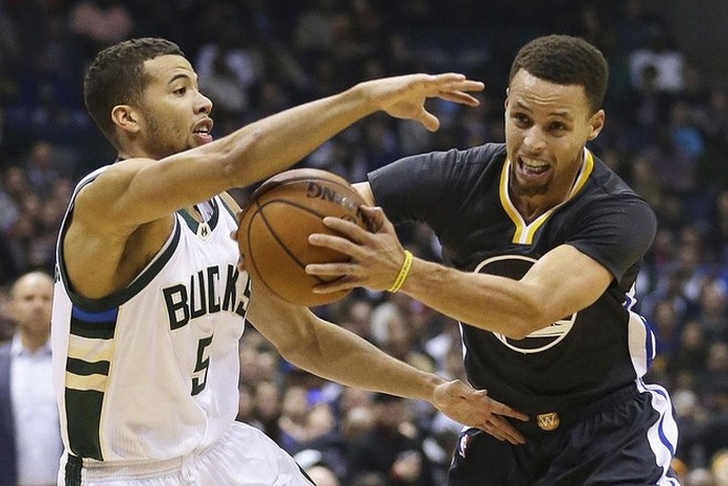 Thursday night only featured three NBA games, but all three were noteworthy. The Charlotte Hornets beat the Toronto Raptors 109-99 in overtime thanks to 35 points from Jeremy Lin, while the Cleveland Cavaliers held on for the 104-100 win over the Oklahoma City Thunder. The Houston Rockets capped the night with a 107-87 blowout victory over the Los Angeles Lakers.

The schedule ramps up tonight with 12 games, so let's get to previewing all of the action ahead.

Brooklyn Nets (7-18) @ Indiana Pacers (15-9) - 7:00 pm ET
Indiana has won seven straight home games against Eastern Conference teams and have won three of their last four games, while Brooklyn comes into this one on a three-game losing streak.

Portland Trail Blazers (11-16) @ Orlando Magic (14-11) - 7:00 pm ET
Portland has lost seven straight games on the road against teams in the East and have lost two of their last three games. Meanwhile, Orlando has won two games in a row after suffering their worst loss of the season against the Cleveland Cavaliers.

New York Knicks (12-14) @ Philadelphia 76ers (1-26) - 7:00 pm ET
The Knicks have won two games in a row, and will got for their third against a dreadful Sixers team. This is the first matchup of the season between New York rookie Kristaps Porzingis and Sixers rookie Jahlil Okafor.

Atlanta Hawks (15-12) @ Boston Celtics (14-12) - 7:30 pm ET
The Hawks are looking to win consecutive games for the first time in a month, while Boston has lost three of their last four games.

Detroit Pistons (15-12) @ Chicago Bulls (15-8) - 8:00 pm ET
This is the final game of Chicago's five-game homestand, and their looking to complete the sweep. Detroit, who has won three of their last four games, will try to snap the Bulls' four-game win streak.

Sacramento Kings (10-15) @ Minnesota Timberwolves (9-16) - 8:00 pm ET
Sacramento is going for their fourth-straight victory tonight against a Timberwolves team that has lost four games in a row and eight of their last nine.

Los Angeles Clippers (16-10) @ San Antonio Spurs (22-5) - 8:00 pm ET, ESPN
In the marquee matchup of the day, the Clippers and Spurs meet in the first game between the two Western Conference contenders since their thrilling first-round playoff series last year. San Antonio has won four straight and eight of their last nine contests, while the Clippers have won three in a row and six of their last seven.

Memphis Grizzlies (14-13) @ Dallas Mavericks (14-12) - 8:30 pm ET
Memphis won the first meeting between these two teams fighting for position at the bottom of the Western Conference playoff picture, and the Mavs are looking for revenge at home, where they have actually lost two of their last three games.

New Orleans Pelicans (7-18) @ Phoenix Suns (11-16) - 10:30 pm ET, ESPN
New Orleans is coming off just their second road win of the season and are looking for another in Phoenix against a Suns team that has lost two games in a row.

Here are the latest news and rumors around the league:
Wife of golf Jason Day was released from the hospital after Cavs forward LeBron James plowed into her during their win over the Thunder.

The Sixers have hired Mike D'Antoni to be their associate head coach.

The Knicks are looking to trade for backcourt help prior to the deadline.

The Timberwolves are looking to trade guard Kevin Martin.