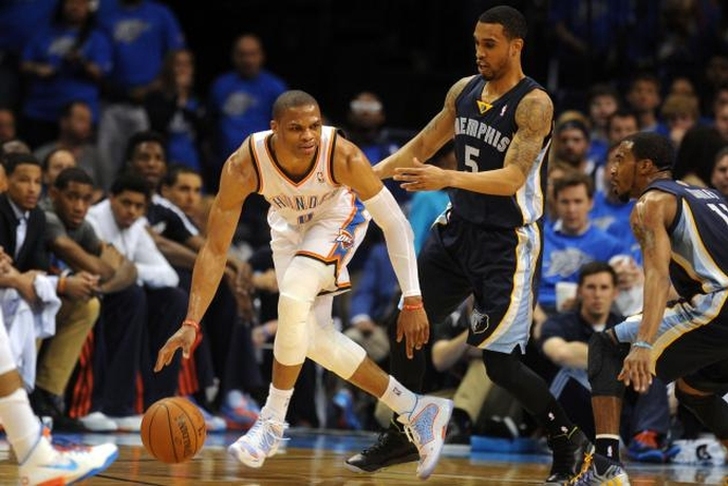 Only four NBA games were on the schedule last night, headlined by the Dallas Mavericks beating the Sacramento Kings 117-116 in doublt overtime, thanks to Deron Williams' game-winning buzzer-beater.

The schedule ramps back up with 11 games tonight, so let's get to previewing all of the action ahead.

Indiana Pacers (19-15) @ Orlando Magic (19-16) - 7:00 pm ET
Orlando has matched a season-high with a three-game losing streak, which they'll look to snap against a Pacers team that has lost three of their last four games.

Cleveland Cavaliers (23-9) @ Washington Wizards (15-17) - 7:30 pm ET
Cleveland is kicking off a six-game road trip tonight against the Wizards, who have lost three of their last four games.

Detroit Pistons (19-16) @ Boston Celtics (19-15) - 7:30 pm ET
Detroit and Boston split their first two meetings of the season last month, but they're headed in opposite directions. Boston has won five of their last seven games, while Detroit has lost four of their last six games.

Denver Nuggets (12-23) @ Minnesota Timberwolves (12-23) - 8:00 pm ET
This matchup between two struggling teams feature two top 10 picks in Karl-Anthony Towns and Emmanuel Mudiay. Minnesota has lost seven of their last eight games, while the Nuggets have lost six games in a row and nine of their last 10.

Dallas Mavericks (20-15) @ New Orleans Pelicans (11-22) - 9:00 pm ET
Dallas is looking to keep the momentum going from last night's dramatic win against the Pelicans, who have won two of the three matchups against the Mavs this year.

Memphis Grizzlies (19-17) @ Oklahoma City Thunder (24-11) - 9:30 pm ET, ESPN
Memphis has won three of their last four games, while the Thunder had their four-game winning streak snapped by the Kings in their last outing.

Los Angeles Clippers (22-13) @ Portland Trail Blazers (15-22) - 10:00 pm ET
The Clippers are one of the hottest teams in the league and ride a six-game winning streak into their game against a Blazers team that has lost two of their last three games.

Here are the latest news and rumors around the league:
Golden State Warriors guard Stephen Curry doesn't plan to miss time after re-aggrevating his shin injury.

Cavs guard Joe Harris is out for the season with a toe injury.

The Clippers are optimistic that forward Blake Griffin could return sooner rather than later.