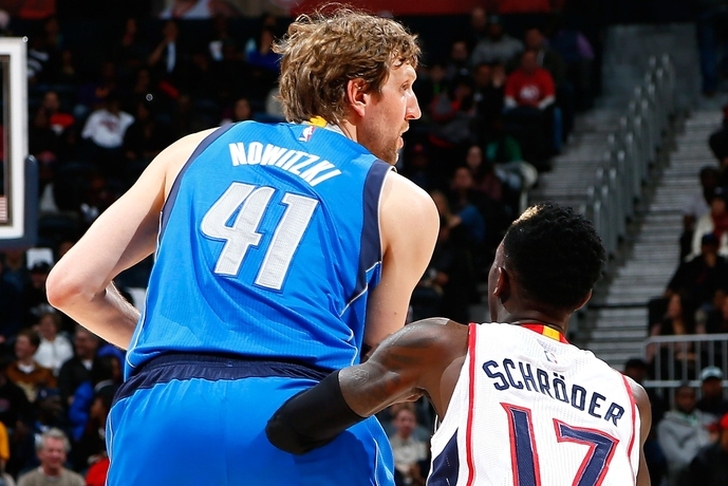 Tuesday's six-game slate of NBA action brought with in an extension of the Golden State Warriors' record start, as they held off the Indiana Pacers in Indianapolis, 131-123, to move to 23-0 on the season. Other highlights saw the Cleveland Cavs snap a three-game losing streak with a 105-100 home win over the Portland Trail Blazers, and the Brooklyn Nets finishing off a season sweep of an uneven Houston Rockets squad with a 110-105 home triumph.

We've got a solid schedule on Wednesday with nine games, so let's get to previewing the day/night ahead.

Boston can post its third straight home victory if they can take down a Chicago Bulls team that's currently reeling, losers of three straight.

The Charlotte Hornets are starting to rebound and score in bunches, winning eight of ten. They'll look to extend the good times against a Miami team that feels robbed after a dagger three by Washington's Bradley Beal in their loss on Tuesday was ruled a travel in retrospect by the league.

Washington is in search of picking up consecutive wins for the first time in almost three weeks. James Harden, coming off a season-low 10-point game, will look to take advantage of a porous Washington shooting defense.

Memphis and Detroit are coming off losses with a combined margin of minus-57 points. Memphis' defense has struggled as of late. So has Detroit's offense. Something has to give.

Both teams used late flurries to win their last games, and they'll each be looking to duplicate said magic down the stretches. Milwaukee's youth has had some growing pains all season long, so this could be a good chance for a veteran Clippers team to make a statement.

Los Angeles has lost ten of its last eleven, struggling on both offense and defense at the start of Kobe Bryant's farewell tour. Wednesday's road game at Minnesota won't be as easy as it may look, considering the Timberwolves have been in almost every game they've played this year, win or lose.

The Phoenix Suns return home from a troublesome road trip to find a rising Orlando team looking for their seventh win in the past eight games.

Rookie Kristaps Porzingis may be thriving, but New York is still mired in a 2-6 stretch after a solid start to the 2015-16 season. They'll have a chance to get on track against a Utah team missing its primary post defender, Rudy Gobert, due to a sprained MCL.

Atlanta has played sub .500 ball since a blistering 7-1 start, as they've been unable to string together solid performances for most of the past few weeks. They'll be playing a road-weary. Mavs team starting a three-game homestand. It's their longest stay at home since mid-November.

The NBA has suspended Hornets center Al Jefferson for five games due to a violation of the league's anti-drug policy.

Nets rookie Rondae Hollis-Jefferson will be sidelined 8-10 weeks with an ankle fracture.

LeBron James' lifetime deal with Nike may be worth more than $500 million.