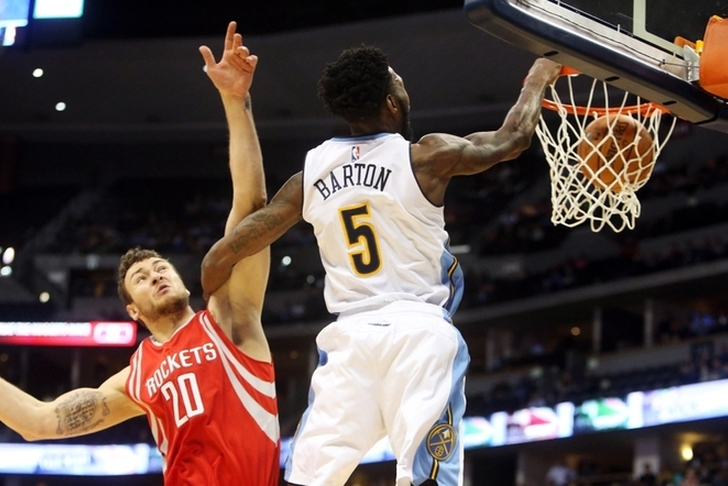 There was a full 10-game slate of NBA games yesterday, but only three were decided by single digits. The Los Angeles Clippers beat the Detroit Pistons in overtime, 105-103, while Portland Trail Blazers outlasted the New Orleans Pelicans 105-101 and the Denver Nuggets beat the Houston Rockets for the third time this year, winning 114-108..

There's only four games on tap tonight, so let's get to previewing the night ahead.

Boston is coming off a big win at Charlotte after nearly upsetting the Golden State Warriors, and now face a Cavaliers team that has won two games in a row. Cleveland will get guard J.R. Smith back for this game after he missed last game with an illness.

If only the Nuggets could play the Rockets every single night. Denver completed a season sweep of Houston last night and now take on a Minnesota team that has lost six of their last seven games.

Houston has won seven consecutive games in this series, and Sacramento will be with starting point guard Rajon Rondo as he serves a one-game suspension.

Milwaukee become the first team to beat the Warriors this season in their last game, and now are looking to snap a nine-game road losing streak against a Lakers team that has lost six games in a row.

NBA referee Bill Kennedy revealed to Yahoo! Sports that he is gay

Cleveland Cavaliers guard Kyrie Irving is expected to make his season debut this week, though he will not play tonight against the Celtics. He has been out since having knee surgery to repair a fractured kneecap suffered in Game 1 of the NBA Finals.

Los Angeles Lakers rookie guard D'Angelo Russell will return to the bench after starting each of the last two games.

The Kings may put shooting guard Ben McLemore on the trading block.

Miami Heat guard Goran Dragic lost half his tooth in their win over the Hawks last night.