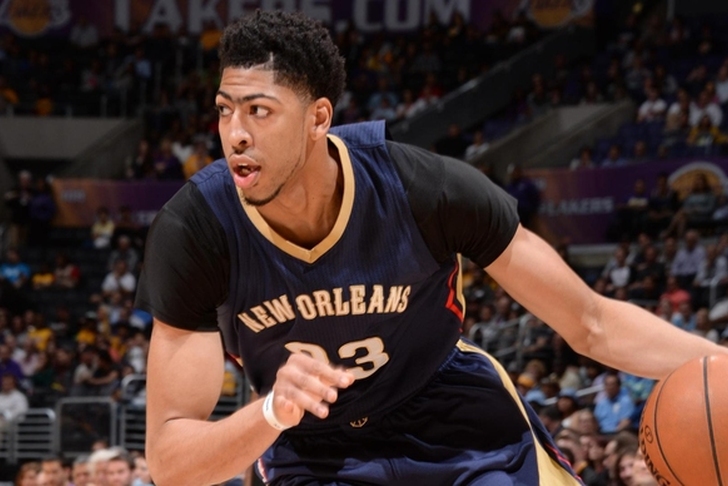 Only three NBA games were on the schedule Monday night with the college football National Championship taking place, headlined by the Golden State Warriors holding on to beat the Miami Heat 111-103.

The schedule ramps up with eight games tonight, so let's get to previewing all of the action ahead.

Phoenix Suns (13-26) @ Indiana Pacers (21-16) - 7:00 pm ET
Indiana has lost four straight games against the Suns, and will look to snap that streak against a struggling Phoenix team that has lost 10 of their last 11 games.

San Antonio Spurs (33-6) @ Detroit Pistons (21-16) - 7:30 pm ET
San Antonio is coming off a blowout win over the Nets last night and are riding an eight-game winning streak into a game against the Pistons, who have won three in a row.

Houston Rockets (19-19) @ Memphis Grizzlies (21-18) - 8:00 pm ET
The Rockets have now won three straight games after a four-game skid, and are looking to go over .500 for the second time this season. Memphis has won three of their last four games.

Cleveland Cavaliers (26-9) @ Dallas Mavericks (22-16) - 8:30 pm ET
The Cavs are riding a seven-game winning streak, and will put that on the line against a Mavs team that has won three of their last four games.

New Orleans Pelicans (11-25) @ Los Angeles Lakers (8-31) - 10:30 pm ET, NBATV
New Orleans may be without Anthony Davis as they try to snap a three-game losing streak, while the Lakers are trying to end a four-game skid.

Here are the latest news and rumors around the league:
The Brooklyn Nets are rumored to be pursuing Kentucky head coach John Calipari for their vacant head coaching position. Calipari says it will take a 10-year, $120 million deal to get him to leave the Wildcats.

Lamar Odom will not face charges for his stay at a Nevada brothel that led to a drug overdose.

Pelicans forward Anthony Davis is questionable to play with a back injury. Forward Quincy Pondexter will miss the rest of the season after undergoing knee surgery.