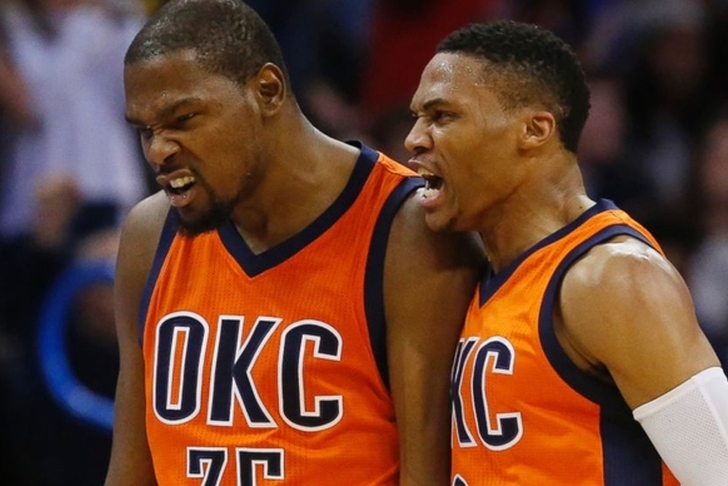 Yesterday featured 12 NBA games, with the vast majority being decided by double-figures. The closest game was between the Detroit Pistons and Boston Celtics, with the Pistons snagging a 119-116 win. The Philadelphia 76ers fell to 1-26 with a 127-106 loss to the Atlanta Hawks. The Golden State Warriors improved to 25-1 thanks to a 128-103 win over the Phoenix Suns.

There are just three games on tap tonight, so let's get to previewing the action.

The Raptors had won four straight before losing to the Pacers Monday. The two days off the Raptors had will help against the Hornets, who are playing a back-to-back. The Hornets have lost two straight and are 1.5 point underdogs.

The Cavs won't have Kyrie Irving (again) against the Thunder and will be without Iman Shumpert and possibly Mo Williams. The Cavaliers have won three straight games after losing three consecutive before that. The Thunder have won six straight, but are playing back-to-back games. The Thunder played at home Wednesday night and now have to play on the road tonight. That makes things difficult for the Thunder.

The Kobe Bryant farewell tour hits Houston tonight. The Lakers are fresh off a win that snapped a six-game losing streak. The Rockets were expected to compete for a NBA title, but instead are 12-14 with two straight losses. Houston's last win came in a 126-97 over the Lakers Dec. 12.

- Dwight Howard not seeking a trade, but free agency likely.

- Pistons guard Brandon Jennings will play in a D-League game as part of rehab.

- The Minnesota Timberwolves are looking to trade guard Kevin Martin.