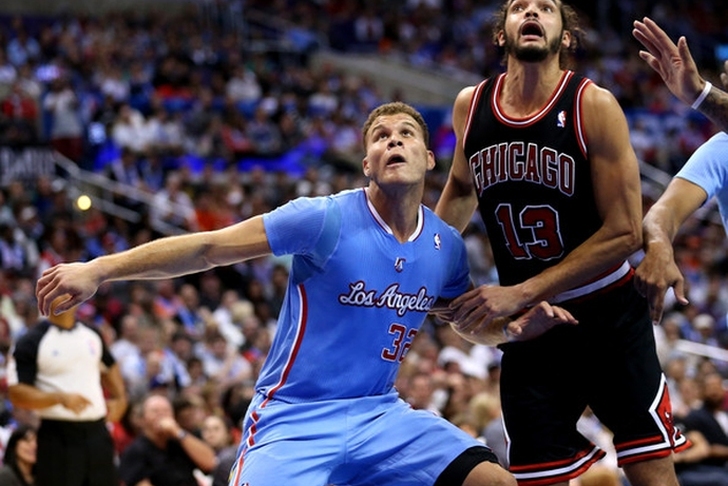 Wednesday's 10-game slate of NBA action was full of close games as seven were decided by six points or less. Matt Barnes hit a half-court shot with one second left to give the Memphis Grizzlies a 93-92 win over the Detroit Pistons, while the Minnesota Timberwolves beat the Los Angeles Lakers by one in overtime.

We've got a solid schedule on Thursday with four high-quality games, so let's get to previewing the night ahead.

Philadelphia is coming off an embarrassing 51-point home loss to the Spurs in their last outing, but are looking to pick up some momentum against the suddenly-surging Nets, who have won three of their last five games.

This a classic matchup of two contending teams trending in opposite directions. Los Angeles is shooting over 51 percent from the field while winning seven of their past nine games, while Chicago has lost three straight games. A fourth straight loss would match the Bulls' worst stretch in the last two years.

OKC has won six of their last eight games, and are coming off their best performance of the season in a 125-88 blowout win over the Grizzlies in Memphis. The Hawks, meanwhile, have won two games in a row after knocking off the Mavs 98-95 last night.

The TNT nightcap pits these two losing teams against the other, but provides the intriguing matchup between Knicks rookie Kristaps Porzingis and Kings star center DeMarcus Cousins. New York has lost four straight games on the road, while the Kings have lost three of their last four games.

The NBA has suspended Charlotte Hornets center Al Jefferson for five games due to a violation of the league's anti-drug policy.

Brooklyn Nets rookie Rondae Hollis-Jefferson will be sidelined 8-10 weeks with an ankle fracture.

LeBron James' lifetime deal with Nike may be worth more than $500 million.