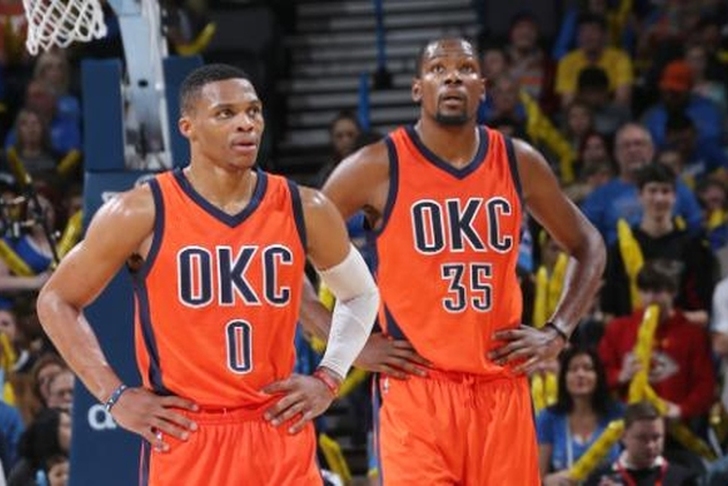 There were only four NBA games yesterday, but three of them were decided by seven points or less. The Oklahoma City Thunder knocked off the Utah Jazz 104-98 in overtime, while the Miami Heat outlasted the Memphis Grizzlies for the 100-97 win and the Phoenix Suns beat the Minnesota Timberwolves by the final score of 108-101.

There's plenty more action on Monday with 10 games on tap, so let's get to previewing the night ahead.

Toronto is fresh off a blowout victory over the Sixers on Sunday, giving them a four-game losing streak. The Raptors beat the Pacers 106-99 in the first game of the season in their previous matchup.

Orlando has lost in six consecutive road trips to Brooklyn, and are coming off a 35-point loss to the Cavs on Friday. Brooklyn is playing better of late, winning two of their last three games.

Los Angeles is 3-1 on their current east coast road trip thanks to an improved defense, and they're looking to grab another victory over a Pistons team that has won six of their last eight games.

Atlanta has won seven straight games over the Heat, but they've lost three of their last five games while Miami is coming off a narrow win over Memphis.

Philadelphia is looking for their second win of the season against a Bulls team that has won two games in a row.

Washington snapped a two-game losing streak by beating the Mavs on Saturday, while the Grizzlies have lost three of their last four games.

Dallas has lost the first two games of this three-game homestand while the Suns have won three of their last four games after beating Minnesota last night.

San Antonio has won 21 straight home games and are coming off a 25-point win over the Hawks on Saturday. Utah is trying to rebound from two straight losses, both of which came against the Thunder.

Denver has won each of the previous two meetings between these two teams this season, winning by a combined 29 points. However, the Rockets have caught fire of late, winning eight of their last 10 games.

Portland has won six straight in this series and are trying to drop the Pelicans to just 1-12 on the road this season. New Orleans has also lost in their last nine trips to Portland.

Cleveland Cavaliers guard Kyrie Irving is expected to make his season debut this week. He has been out since having knee surgery to repair a fractured kneecap suffered in Game 1 of the NBA Finals.

The Clippers are interested in trading for Minnesota guard/forward Shabazz Muhammaad.

The New York Knicks are likely to explore a potential trade for Pistons point guard Brandon Jennings this week.

Los Angeles Lakers forward Julius Randle admitted that he has been struggling with coming off the bench. He was demoted from the starting lineup last week.