NBA Daily: The Latest News & Rumors From Around The League 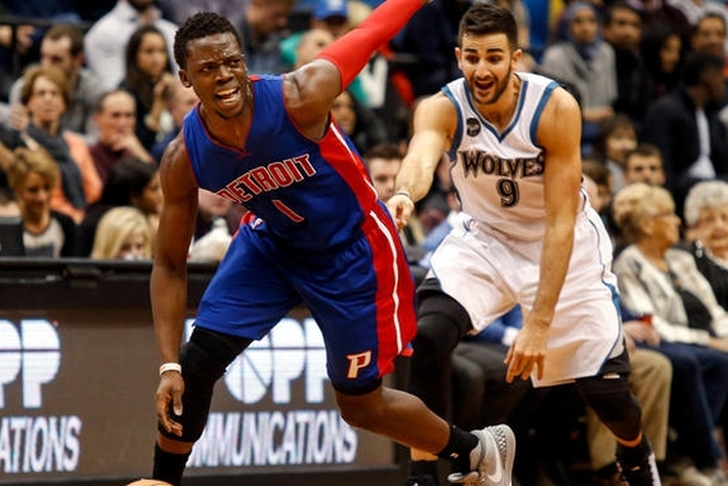 As the NBA season rolls on, many around the league are dealing with injuries and juggling rotations. However, teams are also making preparations for the trade deadline - which is just over a month away. See which games are on the schedule for tonight and catch up on all the latest news & rumors from around the league in our NBA Daily:

Tonight's Schedule
There are nine games on tap for NBA fans to enjoy tonight:

"I texted Reggie and just said, 'This is crazy season and we're not trading you for Ricky Rubio.' That was it. I don't normally address it, but the fact that it was out there and it concerned his agent enough to call, I addressed it."

Detroit hasn't been openly shopping Jackson, but numerous reports have said they are at least listening to calls. Minnesota is reportedly trying to move Rubio before the trade deadline.

Joel Embiid to miss two games
Embiid was forced to miss his first two seasons in the NBA with various foot injuries, and the Philadelphia 76ers are being as cautious as they can be around their new franchise centerpiece. However, Embiid suffered a left knee contusion against the Portland Trail Blazers on Friday and will miss Philly's next two games.

"We're gonna be without him tomorrow, and in Milwaukee, and we'll go from there," Brown told reporters.

Internal turmoil with Lakers?
There appears to be some turmoil brewing in the Los Angeles Lakers' front office. According to ESPN's Ramona Shelburne, co-owner Jeanie Buss reportedly had a meeting to discuss the possibility of replacing her brother and fellow co-owner, Jim Buss, as the team's vice president of basketball operations:

The exact nature of the meeting was not immediately clear, but sources said Buss has been soliciting opinions on the direction the franchise should take moving forward, after three straight losing seasons and possibly a fourth, with the Lakers already having lost 31 games this season.

Buss, Johnson, Lakers executive Linda Rambis and Johnson's longtime friend and business partner Lon Rosen were seen having dinner at a restaurant inside Staples Center before Tuesday's game against the Denver Nuggets, according to sources.

Jim Buss had said that he would step down from the role after the season if he felt that the Lakers were not progressing enough. The Lakers, who are just 16-32 on the season, are expected to miss the playoffs for the fourth straight season.