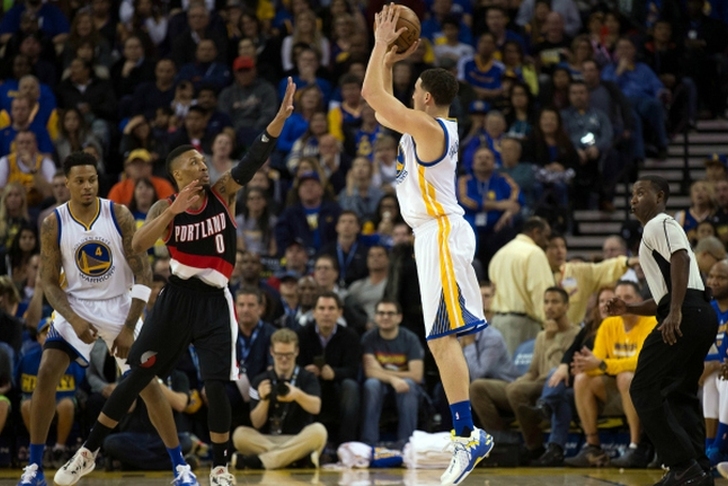 The NBA schedule was loaded with 10 games on Friday night, many of which were very intriguing. The Golden State Warriors won their 47th straight home game, this time dismantling the Portland Trail Blazers 128-112 behind 37 points from shooting guard Klay Thompson.

Elsewhere in the Western Conference, Ricky Rubio's three-pointer with 0.2 seconds left game the Minnesota Timberwolves the 99-96 win over the Oklahoma City Thunder. It was the 11th game this season in which OKC has had the lead in the fourth quarter and lost, which is the most in the NBA.

The NBA continues with 10 more games today, so let's preview tonight's contests from across the Association.

Houston Rockets (33-32) @ Charlotte Hornets (36-28) - 7:00 p.m. ET
The Hornets are looking to win their seventh straight game for the first time in 14 years, but they've lost 10 games in a row to the Rockets. Houston is looking for their fourth straight win.

Detroit Pistons (3332) @ Philadelphia 76ers (9-56) - 7:00 p.m. ET
Detroit is trying to rebound from last night's loss to the Hornets and keep their slim 1/2 game lead over the Bulls for the eighth and final playoff spot in the Eastern Conference.

Miami Heat (38-27) @ Toronto Raptors (43-20) - 7:00 p.m. ET
The Raptors have won 14 of their last 15 games at home, and they're looking to pick up their third win over the Heat this season. This will also be Miami's 13th straight game without Chris Bosh, is out dealing with issues stemming from blood clots.

Washington Wizards (30-34) @ Denver Nuggets (27-38) - 9:30 p.m. ET
Denver is the team that comes into this one playing well. They have won three games in a row, while the Wizards are suddenly struggling, having lost their last four games in a row.

Phoenix Suns (17-48) @ Golden State Warriors (58-6) - 10:30 p.m. ET
Golden State is playing the second game of a back-to-back, but they're looking to pick up their 48th straight home win and seventh straight win over a struggling Suns team.

Orlando Magic (28-36) @ Portland Trail Blazers (34-32) - 7:30 p.m. ET
Red-hot Portland has suddenly cooled off, losing four of their last five games, and they'll look to get back on track at home against a Magic team that has lost four of their last six.