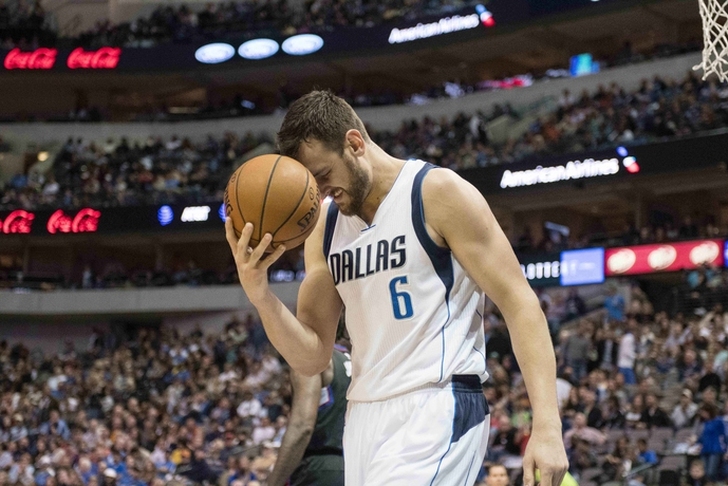 The NBA Trade Deadline has come and gone, with the biggest move being the Dallas Mavericks acquiring center Nerlens Noel from the Philadelphia 76ers. However, several notable players still figure to be available in the coming days, as they are expected to be bought out by their respective teams. Here is all the latest buyout news and rumors you need to know:

76ers will buy out Bogut
After receiving Bogut in the trade with the Mavs, the Sixers were hoping to include him in another trade. However, since they were unable to move him, ESPN's Marc Stein reports they have already started working on a buyout agreement with him.

Bogut is averaging 3.0 points and 8.3 rebounds in just 26 games so far this season.

The Mavs have told Deron Williams they will pay off the full remaining amount of his deal if he wants to be a free agent, league sources say

The Cavs and Spurs are also rumored to be interested in Williams if he hits the open market, but the Rockets are not. Williams is averaging 13.1 points and 6.9 assists per game this year.

The New Orleans Pelicans plan to waive forward Terrence Jones, according to league sources, four days after trading for DeMarcus Cousins to pair with Anthony Davis in its revamped frontcourt.

With Cousins in tow, the Pelicans worked with Jones' representatives to find a more favorable situation, but no trade materialized ahead of Thursday's 3 p.m. ET deadline.

If he clears waivers, Jones, 25, will get to seek opportunities elsewhere.

The move gives New Orleans an open roster spot as they try to upgrade their backcourt. They are expected to sign former 76ers guard Hollis Thompson to a 10-day contract and are working out point guard Jarrett Jack, but would also be in the market for Williams if he reaches a buyout agreement with the Mavs.

Jones is averaging 11.5 points and 5.9 rebounds per game this season.