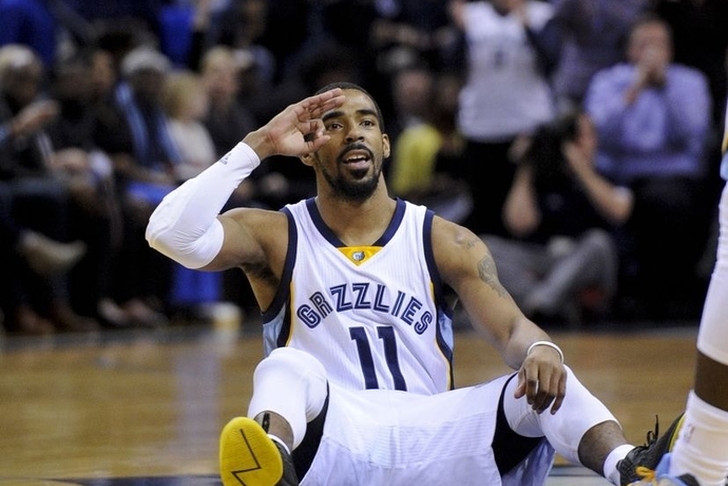 Mike Conley is the top point guard free agent on the open market, and he has plenty of suitors as a result. Teams can not start negotiating with Conley, or any other free agent, until July 1. However, no free agent can officially sign with a team until July 8 - with the week between being known as the “July Moratorium” - but teams across the league are already lining up their pitches to land the superstar. Here's all the latest news and rumors surrounding Conley's free agency:

The belief around the Grizzlies is that Mike will re-sign on the maximum offer they’ll present him on July 1. However, sources close to Conley say that getting his signature will require the team to be aggressive in adding talent to the roster. It’s one of the key reasons the Grizzlies passed on their team option on Lance Stephenson.

Memphis has kept their cards close to the vest about who else they are targeting while being "aggressive" in free agency, but one name that has been floated about is Chandler Parsons.

Spurs not interested in Conley?
One team that Memphis won't have to worry about luring Conley away is the Spurs. San Antonio has been linked to Mike Conley in free agency as a potential upgrade over Tony Parker at point guard, but they might not be interested, according to ESPN's Marc Stein:

This may be in response to Conley not reciprocating San Antonio's interest, as he said Parker's presence put the Spurs further down his list.

Mavs still a factor in Conley race
The Dallas Mavericks have several of their own free agents this offseason, most notably arsons, but they plan to use that cap space to pursue Mike Conley AND Hassan Whiteside, according to ESPN's Tim MacMahon:

Dallas' Plan A this summer -- aside from the pipe dream of persuading Kevin Durant to leave the Oklahoma City Thunder for a team the Western Conference finalists dismissed in five games in the first round -- is to sign Memphis Grizzlies point guard Mike Conley and Miami Heat center Hassan Whiteside.

If the Mavs are successful, assuming Conley and Whiteside get max contracts as widely expected, they would not have the cap space required to keep Parsons. Dallas is willing to take the risk of Parsons committing to another team as the Mavs pursue Conley and Whiteside, who sources say have mutual interest in the team. The Mavs expect to open free agency by meeting with Whiteside.

The Mavs, according to sources, remain interested in keeping Parsons if they aren't able to persuade Conley and/or Whiteside to come to Dallas. However, the Mavs have made it clear to Parsons that they do not intend to offer him a max contract to keep him after his first two seasons in Dallas ended prematurely because of surgeries on his right knee.

Dallas still appears to be trailing behind the Grizzlies in the race for Conley, but will become a much bigger threat if they sign Whiteside, who plans to make his free agency decision on July 1. The Heat and Lakers are also pursuing Whiteside.