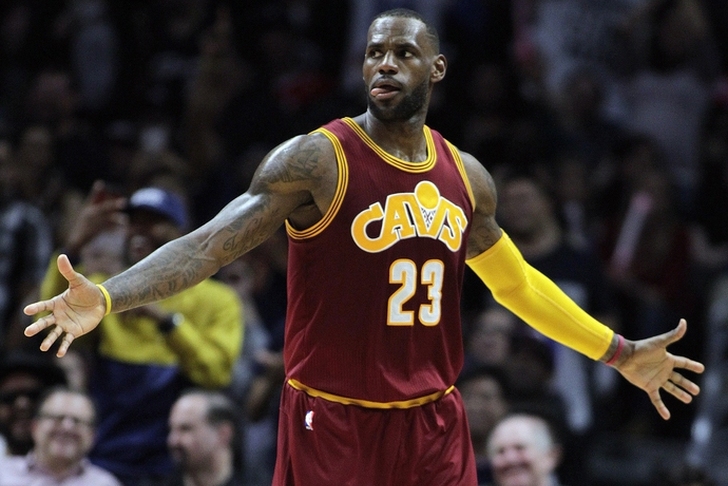 If LeBron James ends up leaving the Cleveland Cavaliers after the 2018 season for a new NBA team, the two Los Angeles teams have long been suggested as a possible landing spot. However, one Los Angeles team already appears out of the running.

"I got from a very good authority, a very good authority, that LeBron James will never be a Clipper," Wise said. "I can’t tell you who, but I’m going to tell you it’s somebody that knows, and LeBron James will never be a Clipper. I don’t know if that’s because he remembers what the Clippers used to be, or he just doesn’t want to put his lot in there, or he thinks Steve Ballmer is just too animated on the sideline. Whatever follicles Steve Ballmer has left, and he has more than me, they’re falling out right now. But he’s never going to be a Clipper."

It had previously been reported the Clippers hiring of Jerry West could help convince James to join the Clippers. There's been buzz James will leave the Cavs after the 2018 season and head to Los Angeles, where he already has a a home and maybe join his friend Chris Paul. The Lakers, meanwhile, are working on clearing cap space to afford Paul George and another superstar, like LeBron James.

However, it's far from certain James will leave the Cavs. He has a strong path each year to the NBA Finals and the allure of his hometown team remains strong. James could also end most of the speculation by simply saying he's going to stay in Cleveland.