LeBron James Free Agency Rumors And News: Lakers, Heat In The Mix And LeBron Enrolled His Kids In LA Schools? 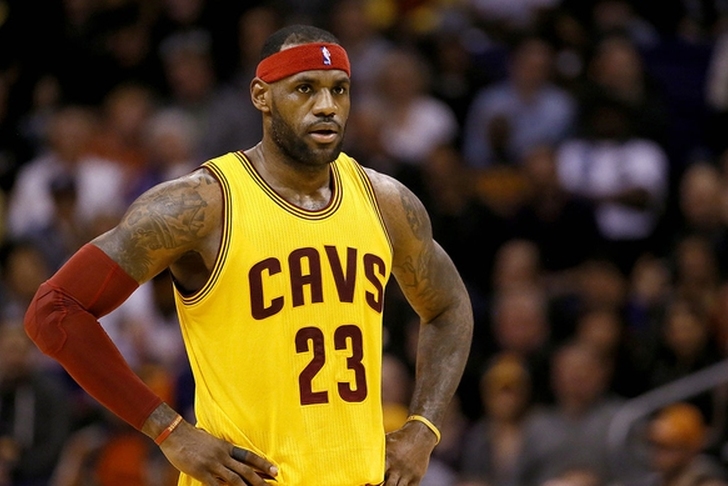 LeBron James is less than two days removed from bringing an NBA Championship to the Cleveland Cavaliers, and there are already rumors and rumblings about what he'll do in free agency this year. He's wildly expected to opt-out of his player option, if only to sign for more money with the Cavaliers. Because there's still a chance James could leave, it's led to speculation about where James could head if he leaves the Cavs.

Teams can't negotiate with James, or any other free agent, until July 1st. However, no free agent can officially sign with a team until July 8 - with the week between known as the "July Moratorium" - but teams across the league are already lining up their pitches to land the superstar. Here's all the latest news and rumors surrounding James' potential free agency:

Lakers And Heat In Mix?
Much like it was when LeBron first left Cleveland, the Los Angeles Lakers and Miami Heat are among the teams in the mix. .

In addition to the Lakers and Heat, the Clippers have also been mentioned already by Bill Simmons. After finally delivering on his promise to win a title for Cleveland, even Adrian Wojnarowski thinks James could up and leave again. Stephen A. Smith even doubled down on the Lakers. While this is Stephen A. Smith of First Take we're talking about, he did nail LeBron leaving for Miami and returning to Cleveland.

Enrolling His Kids In Schools In LA?
Helping the LeBron to LA rumors is that he might have enrolled his children in Los Angeles schools.

One tidbit that Steven A Smith touched on, there's a rumor that LeBron's kids are enrolled in school in LA - third time I've heard that

This is basically the professional sports version of college sports fans tracking their school's plans to figure out which coach is getting hired. While the rumors around James' LA move are interesting, it doesn't guarantee he leaves Cleveland.

James' Secret Motivation
In last year's NBA Finals, James said he has a secret motivation that was helping to drive him. After winning this year's title, James revealed that motivation and it doesn't bode well for one team.

"When I decided to leave Miami - I'm not going to name any names, I can't do that - but there were some people that I trusted and built relationships with in those four years [who] told me I was making the biggest mistake of my career," James said. "And that s--- hurt me. And I know it was an emotional time that they told me that because I was leaving. They just told me it was the biggest mistake I was making in my career. And that right there was my motivation."

Much of the early speculation has pointed toward Pat Riley, although that's unconfirmed. But someone on the Heat upset James and that won't help their chances at getting him to return to Miami.