The Latest NBA Rumors On Yi Jianlian To The Lakers, Paul Pierce Returning To The Clippers And Beno Udrih 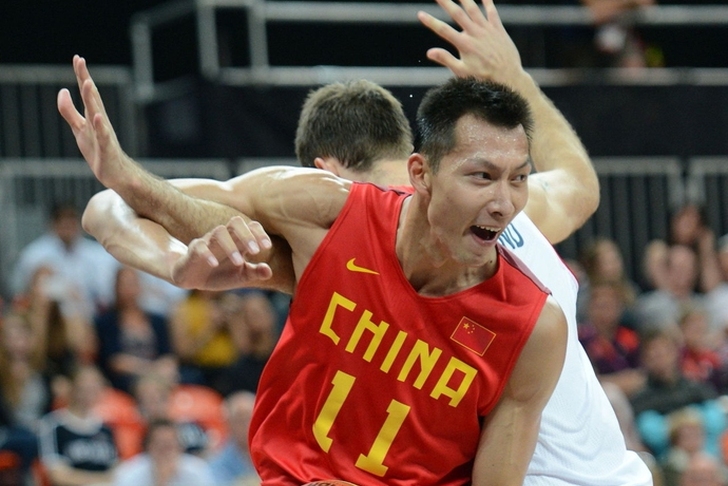 The NBA offseason has died down and with the summer league complete, the league has reached a quiet point. However, there are a still few notable storylines, including a few free agent signings. One of which involves a former lottery pick returning to the NBA. Here are the latest NBA rumors you need to know.

Yi Jianlian To The Lakers?
Jianlian was the No. 6 overall pick in the 2007 NBA Draft by the Milwaukee Bucks. But he lasted only five years, putting up more than nine points per game just once. He left to return to China after the 2012 season. But now, the 7-foot power forward on the verge of returning with the Los Angeles Lakers.

Yi Jianlian update: ESPN sources say the Lakers are now in the midst of finalizing a one-year deal in the $8 million range w/the China star.

Jianlian has dominated for the Guangdong Southern Tigers the last three years, putting up at least 23.5 points and 10.5 rebounds per game. Jianlian has played well in the Rio Olympics and the Lakers tried to lure him back to the NBA last year.

Paul Pierce Returning?
While Pierce has yet to finalize his decision, he plans on returning to the Los Angeles Clippers for his 19th NBA season, reports the Los Angeles Daily News.

The answers have never been certain, and even in mid-August, that’s still the case. But, a probability has emerged, at least for now. Pierce, an 18-season veteran in the NBA, is planning to return to the Los Angeles Clippers for his 19th season in the league according to multiple league sources.

Pierce has wavered with his decision for most of the summer, and another change in plans wouldn’t be shocking.

That final line is an indication that Pierce has yet to completely commit. However, the rumblings all offseason have been that Pierce would return. He has two years left on the three-year, $10 million deal he signed last offseason.

Free agent guard Beno Udrih has agreed to a guaranteed one-year deal to re-sign with the Miami Heat, league sources tell The Vertical.

With the Heat well over the salary cap, it's surely a minimum salary deal for Udrih. The Heat now have 19 players on the roster, meaning the Heat will need to get down to 15 before the season starts.