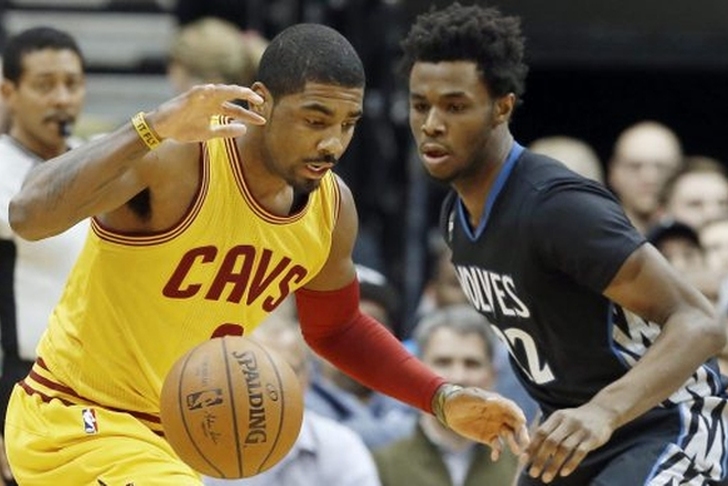 Kyrie Irving's trade request has taken over practically all of the headlines at this point of the NBA offseason as free agency is pretty much over. As such, teams around the league are starting to turn back to the trade market to improve their teams before the start of training camp. Here are all the latest NBA rumors you need to know:

Timberwolves ramping up pursuit of Kyrie Irving
The Minnesota Timberwolves were one of the four teams that Irving told the Cleveland Cavaliers he would like to be traded to, and while the Cavs don't have to adhere to Irving's wishlist (he doesn't have a no-trade clause), Minnesota is exploring trades for him with "incredible seriousness," according to Jon Krawczynski of the Associated Press.

To be clear: Said Wolves are exploring Kyrie trades w/incredible seriousness. Still don't know if they would part w/Wiggins to do it. https://t.co/l060XdXZzd

Minnesota is reportedly close to signing Wiggins, who was picked No. 1 overall by the Cavs in 2014 before being traded to the Timberwolves for Kevin Love, to a five-year, $148 million contract extension.

Cleveland has set an asking price of a combination of proven veterans and promising young players for Irving, and won't trade him unless those demands are met.

Bucks may trade Tony Snell
The Milwaukee Bucks have placed big man Greg Monroe on the trade block, but he may not be the only one they're looking to deal. Despite agreeing to a four-year, $44 million deal with Tony Snell this offseason, they may be looking to trade him, according to Gery Woelfel of Woelfel's Press Box.

An indication the Bucks are still exploring their trade options is the status of Tony Snell’s contract. Snell and the Bucks agreed to a four-year, $44M deal at the start of free agency when the swingman became an unrestricted free agent. But sources said the contract has yet to be submitted to the league office in New York.

Isaiah Thomas does not need hip surgery
Thomas suffered a hip injury in March that he re-aggravated in the Eastern Conference Finals and ultimately cut his season short, but the injury does not require surgery as the team had feared, according to Adam Himmelsbach of the Boston Globe.

Ainge said that Thomas, who severely aggravated an injury to his right hip during Game 2 of the Eastern Conference finals, has resumed light on-court work and has been ramping up his cardiovascular training off the court.

He was evaluated by several hip specialists, and for weeks the Celtics ominously declared that he had to wait for swelling to subside before deciding on a course of action. But barring any further setbacks, it has now been determined that surgery will not be needed. Thomas is on course to rejoin the team at the start of training camp this fall.