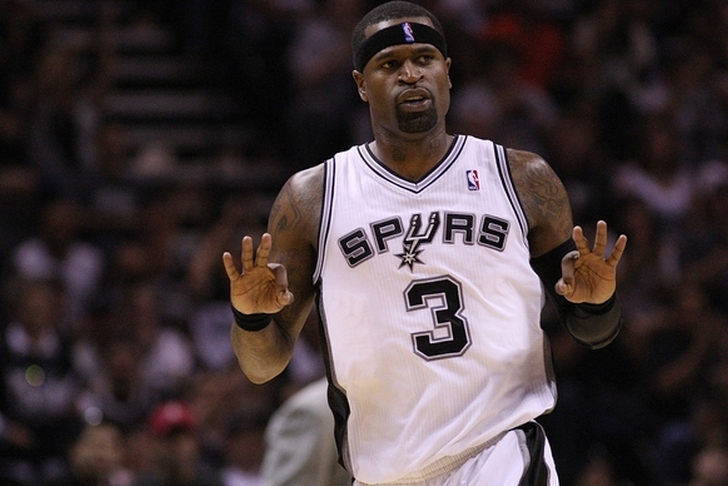 The NBA free agency frenzy has died down and with the summer league complete, the league has reached a quiet point. However, there are a few rumblings on potential comebacks that are generating interest across the Association. Here are the latest NBA rumors and news you need to know.

Bulls And Stephen Jackson?
Stephen Jackson hasn't played in the NBA since the 2013-14 season, but the 38-year-old is committed to making a comeback this year. In an interview with HoopsHype.com, Jackson said Rajon Rondo and Jimmy Butler want him to join the Bulls.

"Well, actually not a lot of people know that Jimmy has been calling me," Jackson said. "We’ve been talking for like three months now. Even [Rajon] Rondo has been calling me, they really want me on the Bulls team. I’ve been talking to a lot of guys, because guys know what I bring. There’s not many guys like me. There’s probably one or two guys in the NBA like me that can play both ways and don’t mind really shutting the guy down. I’m a winner, I’ve been in the playoffs many years. Guys know I’m a great teammate, Tim Duncan called me the ultimate teammate. I know how to play good for the guy next to me. I’m getting calls and I will be ready and that’s the biggest part."

Jackson also said he thinks he'd be a fit for the New York Knicks. However, it's unclear which, if any, team will end up adding the veteran. Jackson played only nine games for the Clippers during that 2013 season.

Emeka Okafor Returning?
Jackson isn't the only vet ready to comeback, as Emeka Okafor is prepping for a return to the NBA. ESPN reports Okafor, the No. 2 overall pick in 2004, wants to join a contending team in December or January, once he's fully recovered from a back injury. Okafor drew interest from the Cavs, Heat and Warriors last year, but elected to delay his return. The Warriors still have interest and have a conversation with Okafor a few months ago.

"We have 14 players right now, but you learn every year that someone you didn't expect to be available becomes an option,'' Warriors GM Bob Myers said. "Ideally, you try to have the flexibility to keep a spot open in case that happens.''

When he was with the then-Charlotte Bobcats (who drafted him), Okafor averaged 15 points and nearly 11 rebounds per game. While he's not the same player he once was, he can contribute as a big man off the bench if he's healthy.

Devin Booker A Lifer For Suns?
The Phoenix Suns have a budding young guard in 19-year-old Devin Booker. He shined this in the latter parts of last season and his future is bright. Luckily for the Suns, Booker doesn't want to leave.

I love it in Phoenix and I want to be one of those guys that gets drafted by one team and stays there the whole time," Booker told Slam Online. "You know, they turn around the franchise, and they get love for that in that city like they’re the mayor ... People still wear Steve Nash jerseys here. That’s definitely something I want to be."

Booker posted 13.8 points per game in his rookie year and if he keeps improving, there's no doubt he'll be a max contract player for the Suns.