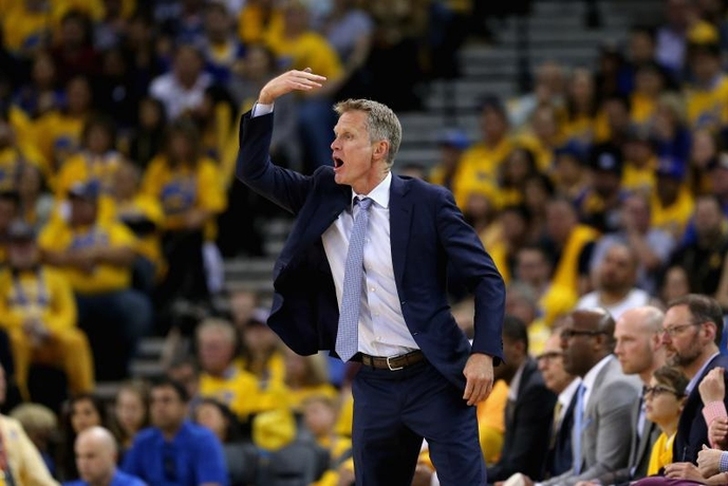 NBA training camps will open in just over a month and excitement for the new season is building following the release of the schedule on last week. There continue to be questions surrounding the future of the Cleveland Cavaliers regarding LeBron James and Kyrie Irving, as well as the ongoing Carmelo Anthony saga with the New York Knicks.

However, there is plenty more going on around the league, including the status of Boston Celtics point guard Isaiah Thomas and Golden State Warriors head coach Steve Kerr for the upcoming season. Here are all the latest NBA rumors you need to know:

Isaiah Thomas may miss training camp
Thomas is still recovering from a hip injury he suffered in Game 2 of the Eastern Conference Finals, and while he expects to be ready for training camp, head coach Brad Stevens isn't so sure.

"We still don't know," Stevens said on "The Vertical Podcast" with Chris Mannix. "He has another follow up and another scan in the early part of September when he arrives back here out East. And then from there we will know an exact timeline. It's been a lot of appropriate rest, a lot of rehab, there have been some good strides here certainly in the last month and few weeks. But we're not going to know that until after that early September time frame.

"We want what's best for Isaiah. We want to make sure that when he is ready to roll -- which is hopefully sooner rather than later -- that he is ready to roll at his highest level and for the longest possible time. That's a lot more important to me than anything else."

Thomas' injury didn't require surgery and has spent this offseason rehabbing. He averaged 28.9 points and 5.9 assists per game last year.

RELATED: LeBron to end up on Knicks?

Steve Kerr expects to coach all season
Kerr has been dealing with back issues and headaches for the last two years, causing him to miss the first half of the 2015-16 season recovering from two offseason back surgeries and the first part of the playoffs last season. There was a significant chance that his coaching career could be over, but Kerr told the San Francisco Chronicle that he plans to coach all season.

“I fully expect to coach all year,” Kerr said. “That’s my expectation. And for many years to come.”

However, that doesn't mean Kerr is healthy.

“I’d love to say that I’m all better, but not the case. I’m feeling better, having a good summer, relaxing. But it’s just been an ongoing thing now for two years. I’ve definitely gotten better, I’ve made some improvement. But I still feel like there’s improvement to make.

“I enjoy what I do; I don’t look at it like a grind and pressure. I’m looking forward to getting back in the gym.”

The Warriors are 50-4 in games without Kerr over the last two seasons.

NBA.com conducted a poll of 39 rookies in the class, and they think Dennis Smith Jr. - the No. 9 overall pick in the draft by the Dallas Mavericks - will claim the award. Smith go 25.7 percent of the vote, while Ball received 20 percent and Fultz received 17.1 percent.

It is worth noting that this NBA.com poll hasn't accurately predicted the Rookie of the Year since 2007, when Kevin Durant won the award. They also selected Ball and Jayson Tatum as the players most likely to have best career.

Donovan Mitchell of the Utah Jazz was voted as the biggest draft steal (No. 13 overall) and Josh Jackson of the Phoenix Suns as the best defender in the class.