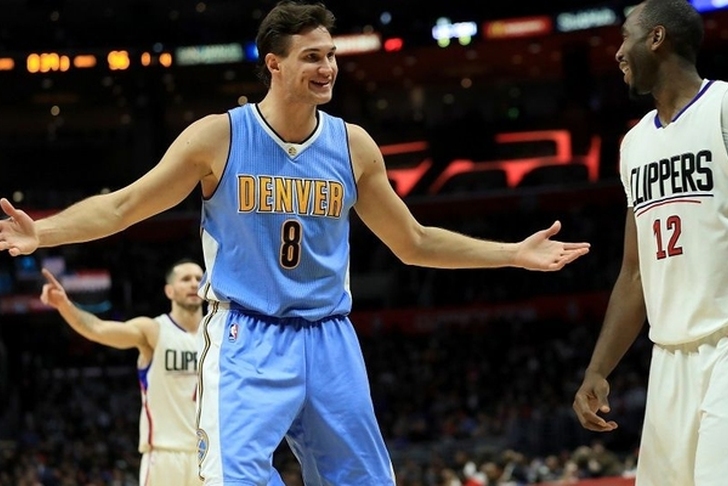 NBA free agency officially started yesterday, and several of the top players available have already agreed in principle to contracts with teams - even though deals can not become official until July 6. That said, there are still plenty of impact players available, most notably Gordon Hayward. As we head into Day 2 of NBA Free Agency and all the latest NBA free agency rumors and news you need to know:

While Danilo Gallinari has not made a decision, Clippers are trying to find a 3rd team w/ cap space for possible sign-and-trade with Denver

Also on the Danilo Gallinari front, I'm told the Kings are out of that race. A return to Denver is still known to be a possibility.

Gallinari averaged 18.2 points and 5.2 rebounds per game this season.

The Spurs might still address the point guard position. They've shown interest, according to sources, in bringing back Utah's George Hill, who spent the first three years of his career in San Antonio before leaving in the trade that brought Leonard into the fold. A Hill signing doesn't appear too imminent, however, as he has garnered interest from multiple teams that could push his value beyond what San Antonio is willing to pay.

Talks had reportedly broken down between the two sides, but San Antonio still appears to be interested. Hill played the first three seasons of his career with San Antonio and was one of head coach Gregg Popovich's favorite players, but was dealt to the Pacers in the trade that allowed the Spurs to draft Kawhi Leonard.

There are plenty of suitors on the open market for Hill, and the New York Knicks have reportedly made him their top target. Hill was waiting to see what Utah Jazzteammate Gordon Hayward did in free agency before making a decision, but with Utah trading for Ricky Rubio, going back to the Jazz may not be an option for him.