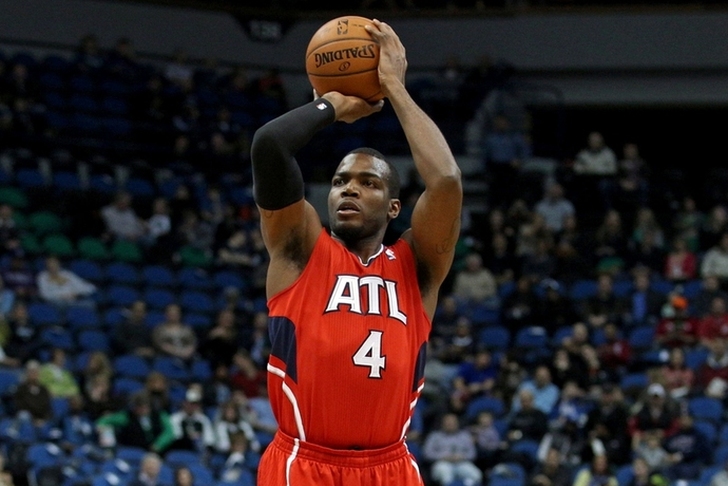 The NBA Draft is nearly here, but that's not the only event that has the NBA rumor mill cranking. Free agency starts July 1st and there are several players that could be traded before, during or even after free agency. Check out the latest NBA draft rumors and news below:

Suns Trading a PG?
The Phoenix Suns appear ready to trade one of their point guards.

The Suns trade to trade for Gordon Hayward of the Jazz, offering up a lottery pick and Bledsoe. The Suns have plenty of guards on the roster, especially with Devin Booker and Archie Goodwin on the roster. What the Suns will be able to get for either is still a bit unclear.

Raptors Want Paul Millsap?
The Atlanta Hawks have already traded away Jeff Teague and they could lose Al Horford in free agency. If that happens and the Hawks start to sell, forward Paul Millsap will garner plenty of interest. One team that will be interested is the Toronto Raptors.

Teague out in ATL. Hawks could also lose Horford in FA. If they're selling expect Raptors to call re: Millsap, a player they've long coveted

Raptors had inquired about Millsap at the deadline but were rebuffed, according to a source. Team views him as ideal fit next to Valanciunas

Any potential trade would likely come after the draft, since the Hawks aren't in selling mode yet. It's also unclear even have enough to land Millsap, as a team like the Celtics have more assets to offer.

Bogdan Bogdanovic Not Coming To NBA
Back to the Suns, they won't be bringing 2014 first round pick Bogdan Bogdanovic over to the NBA this season. The Arizona Republic reports Bogdanovic will stay in Turkey for another year. It makes the most sense financially, as this is the last year the No. 28 overall pick was limited to the 2014 rookie pay scale. Assuming Bogdnaovic comes over next season, he'll command much more than rookie scale would have provided. He's still just 23 years old, and staying another year overseas should only help him when it comes to his new contract.

Dellavedova To Leave Cavs?
Guard Matthew Dellavedova is a restricted free agent and could end up with a contract larger than the Cavs can afford, ESPN's Brian Windhorst told Zach Lowe on Lowe's podcast.

"They [Cleveland] could’ve signed Matthew Dellavedova to a $2MM or $3MM a year contract and now I think someone is coming in with a $10MM offer sheet," Windhorst said. "For some reason, and I got a pretty good idea why, the Milwaukee Bucks attended Cavs games in the playoffs like they were a fan of the team. They had scouts there ... Jason Kidd came to one of the games. I think the Bucks have zeroed in on Dellavedova. I think they intend to offer him a bunch of money. The Detroit Pistons were hanging around in the playoffs a lot, sending scouts. They weren’t sending scouts to evaluate J.R. Smith, I think they intend to go after Dellavedova."

If the Bucks or Pistons offer Dellavedova a $10 million deal, the Cavs will likely let him walk. He's a fan favorite, but was on the bench for most of the NBA Finals series against the Warriors.