The Latest NBA Rumors On Kris Dunn And The Celtics, Joakim Noah And D'Angelo Russell Trade 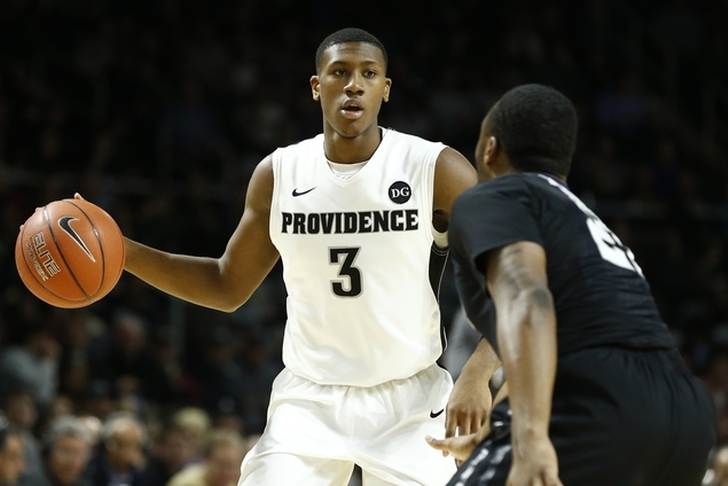 It was a crazy day around the NBA, with two major trades, as the Chicago Bulls sent Derrick Rose to the New York Knicks and the Indiana Pacers landed Jeff Teague in a three-team trade with the Atlanta Hawks and Utah Jazz. But that's not the only buzz around the Association. Check out the latest NBA rumors and news below.

Kris Dunn To Boston?
The Boston Celtics have the No. 3 overall pick, and the draft truly starts with their selection. It's unclear who he'll pick, but one play might be the favorite.

Dunn might be the third best player in the draft and fits the Celtics' mold of adding assets. However, this could be pure smoke. The 76ers are known to want Dunn and this could be a ploy to help the two sides pull off a deal. The other name mentioned today was Cal forward Jaylon Brown, although that was paired with Dunn. We'll find out tomorrow what the Celtics end up doing.

Nets And Knicks Want Noah?
Joakim Noah is set to be a free agent, and he's said he'll listen to any and all offers. Two teams with interest are the Knicks and Nets.

Sources: In addition to the Knicks, the Nets also have interest in free agent Joakim Noah. He attended Brooklyn's Poly Prep HS for two years

The Knicks just landed Rose, so the prospect of playing with his old teammate could help convince Noah to join the Knicks.

"You hear trade talks," Russell told the OC Register. "Then you get a text from your GM saying he trusts your work ethic and don’t worry about it."

While the Lakers might have interest in moving back into the Top 10, trading Russell to make that happen doesn't make much sense. He'd be at least the No. 3 pick in the draft this year.