The Latest NBA Rumors On Kings Trading Rudy Gay And Others, Chris Andersen To Cavs And Lance Stephenson 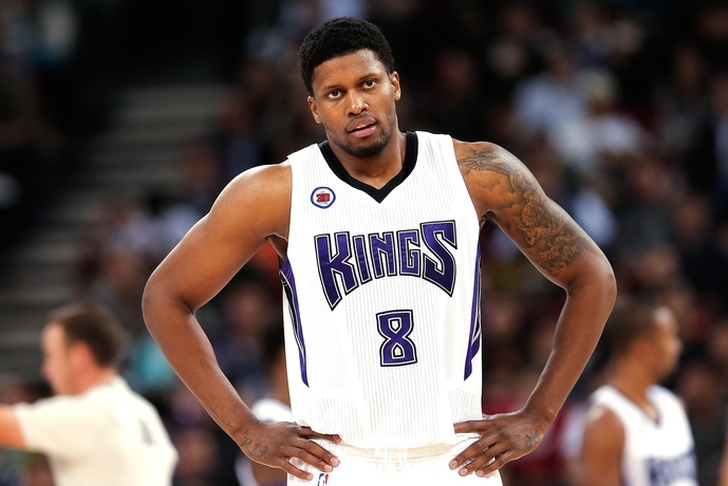 NBA free agency is already a week old, and most of the big names agreed to deals with teams. However, there are still several quality players available and a few trade rumblings. Here are the latest NBA rumors and news you need to know from around the Association.

Kings Shopping Players?
The Kings have already made several moves via the draft and free agency, and they might not be done yet.

Kosta Koufos, Ben McLemore and, of course, Rudy Gay are three Sacramento Kings available via trade, according to league sources

Trading Koufos makes sense, as the Kings already have too many bigs. The team tried to deal McLemore before the trade deadline and during the draft. It only seems like a matter of time before he's moved. More on Gay below.

Rudy Gay Asked For A Trade?
It appears the Kings are indeed shopping Gay, but there are conflicting reports on whether he asked for a trade.

While he may be part of Kings trade talks, have heard from multiple people who say there has been no trade request made by Rudy Gay

Kings attempting to trade Rudy Gay (per his request), but adamant that they have no interest in Monta Ellis.

Gay had previously been linked to the Pacers in a deal involving Monta Ellis. If the Kings do make a trade involving Gay, it's unclear what they'd get back, or even what they want. They do have a need for more guards.

Cavs Adding "Birdman?"
With Timofey Mozgov getting wildly overpaid by the Lakers, the Cavs are in need of a backup center. It seems their focused on adding Chris Andersen.

Andersen played alongside LeBron James for a few years with the Miami Heat. At age 38, "Birdman" would likely only play a few minutes per game.

Pacers Not Adding Lance Stephenson?
The Pacers had been linked to a reunion with Lance Stephenson, but it appears that won't be happening. Pacers Czar Larry Bird said there was "a very slim chance" of Stephenson returning.

There was a report that Stephenson had signed a deal with the Pacers, but that has since been redacted.