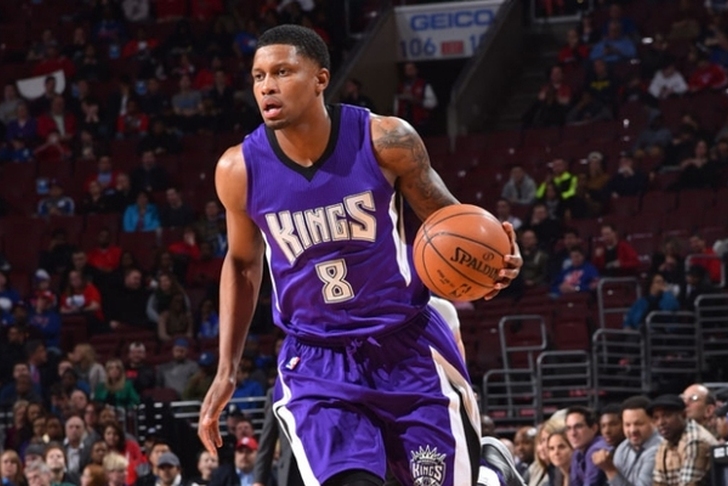 The NBA free agency frenzy has died down and with the summer league complete, the league has reached a quiet point. However, there are a few rumblings around the Association, including a few trade rumors. Here are the latest NBA rumors and news you need to know.

For weeks, there has been talk that Kings forward Rudy Gay could be had in trade and that despite his ability to be an unrestricted free agent next summer, there are many around the league who believe the Kings will not only move Gay, but that it could happen before training camp starts.

The problem with trading Gay, who is owed $13.333 million this season, is that the Kings would have to take back some level of salary in the deal and find a team open to taking on Gay in what could be a one-year rental. The next hurdle is value. League sources say while there are teams that have expressed interest in Gay – most notably the Houston Rockets – getting anything of real value back on what could be a one-year rental at Gay’s price tag is hard math to make work.

There is a sense among league insiders that the Kings are not looking for a ton in return for Gay, so that may make finding a deal a little easier even with all the issues surrounding a deal.

Including Trevor Ariza and/or Corey Brewer would likely be a must in any Rockets-Kings trade for Gay. The Heat have also been connected to Gay. With all the smoke around the Gay trade rumors, there's at least a chance he ends up getting moved at some point.

Kings Also Shopping Koufos?
Gay isn't the only player the Kings are trying to deal. They're also looking into deals for center Kosta Koufos, reports Kyler.

The Kings are also believed to be looking at deals involving big man Kostas Koufos, mainly because of the glut of frontcourt players the Kings have, but also because Koufos might actually return something meaningful like a backup point guard.

Koufos looks like the odd man out in a front court full of young bigs. Kyler doesn't mention any teams, but several could have interest in adding a quality backup big man.

Heat Players Expecting Bosh Back?
Although Bosh's return is still up in the air, his teammates expect him back. Guard Tyler Johnson told the Sun-Sentinel that Bosh is itching to return.

"Yeah, of course," Johnson said. "I mean, he was sitting out the same amount of time I was. I remember he was eager to get back last year. So we had those talks a lot last year. So I can only assume that he's kind of itching to get back and play in actual games."

Bosh has yet to be medically cleared to return from blood clots that have cut each of his last two seasons short. Johnson also said he Bosh spoke about the coming season, another sign Bosh plans on returning.