The Latest NBA Rumors On Kevin Durant And The Celtics, Lakers Working Out Brandon Ingram And More 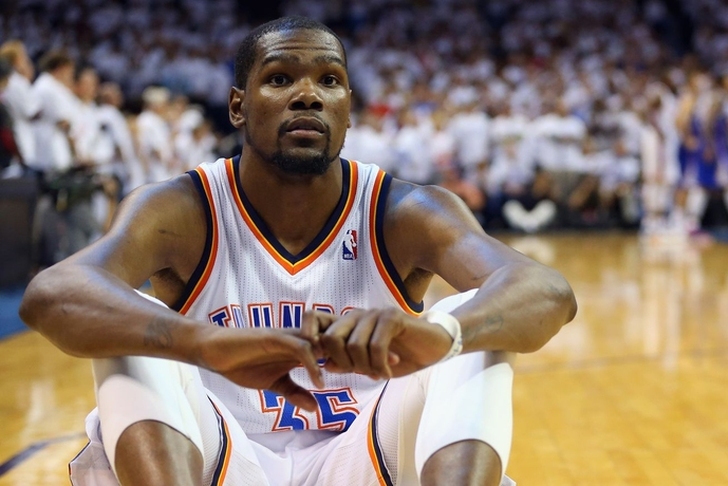 There's just one day before the NBA Finals start, but most teams across the league are focusing on their offseason plans ahead of next month's draft. There are also several teams working on figuring out how they can land a one or more of the league's big-name free agents set to hit the open market. Here are all the latest NBA news and rumors you need to know:

Kevin Durant And Boston?
The "Summer of Durant" is nearly here, with plenty of NBA teams holding out hope they can land the gifted forward. While Durant says he hasn't thought about free agency, but Boston Radio Station WEEI reports the Celtics have already talked to Durant's representatives about what it would take to lure Durant to Boston.

"I have this on pretty good authority: The Celtics have sat with his agent and other representatives of Durant," Butch Stearns of WEEI said, per NESN. "The Celtics do know — I don’t know who it is — but they do know who he would prefer to be brought here in a LeBron (James) — Chris Bosh — Dwyane Wade-like way. Because that’s how it works in the NBA. You need to know who the guy or guys that that guy wants, which would be a factor. Now, I don’t know if Durant’s told them that. But the Celtics know. They know. They’ve been told what group of guys he would want to come here."

The names of the players, as mentioned above, are unknown. But the Celtics have the No. 3 overall pick, which could be use to help swing a trade for a big-name player that Durant wants. The Celtics are a team on the rise, but while they could get a meeting with Durant, that doesn't mean they'll end up landing him.

Thunder Worried About Warriors Stealing Durant?
The Thunder lost to the Warriors in the Western Conference, and the team is reportedly worried they're going to lose their star player to the Warriors as well. Marc J. Spears of ESPN's The Undefeated reports the Thunder have "a real concern" over the Warriors interest in Durant. Golden State would need to make a few moves to clear the cap space to sign Durant, and it's not the first time Durant has been linked to the Warriors.

Ingram's Workout With The Lakers
If the recent rumors of the 76ers preferring Ben Simmons are accurate, that means the the Lakers will take Duke forward Brandon Ingram. He recently worked out for Los Angeles, and he looked sharp.

Hitting uncontested 3-pointers isn't that big of a deal, but it's a promising sign for a Lakers team needs 3-point help. Los Angeles hit less than 32 percent of its 3s last year, and adding Ingram would be a needed boost for their offense.

Marquese Chriss' Stock Rising?
The NBA Draft will be here soon, and there are a few players whose stocks are rising. One of those players could be Washington Huskies' forward Marquese Chriss. Expected to be a lottery pick, Chriss could actually end up going in the top five.

"While we have generally pegged him in the No. 7-10 range, teams as high as the Suns at No. 4 are considering him," Chad Ford wrote on ESPN Insider. "They need a stretch floor, and the other options (Dragan Bender, Henry Ellenson) don't have the athletic upside that Chriss does."

Just 18 years old, Chriss' has plenty of potential. He profiles as a stretch-four in the NBA.