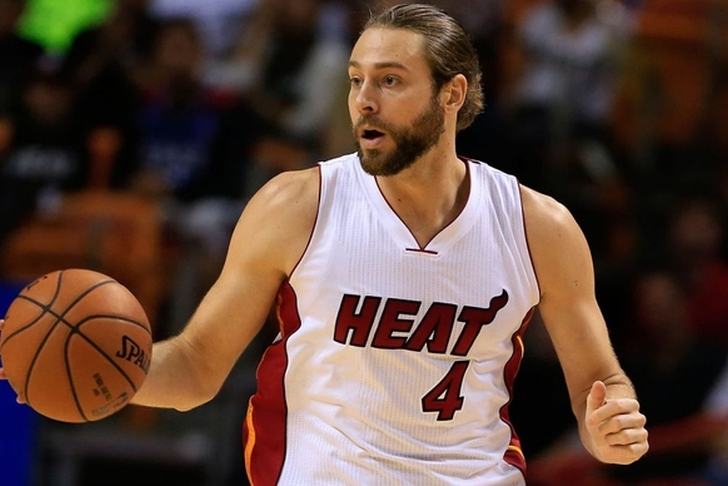 The NBA free agency frenzy has died down and with the summer league complete, the NBA has reached a quiet point. However, there are a few trade rumblings and roster moves being made. Here are the latest NBA rumors and news you need to know from around the Association.

Heat Trying To Deal Josh McRoberts?
The Miami Heat already have 18 players on the roster, with the NBA maximum at 15. One player the team is trying to deal is forward Josh McRoberts, reports Ira Winderman of The Orlando Sun-Sentinel.

It's not as if the Heat didn't already attempt to trade McRoberts, when they were looking for additional cap space to at least accommodate Dwyane Wade for 2016-17. If word from a party close to that situation was correct, the Heat quite literally could not even give McRoberts away, that no outside team wanted to take on his salary-cap hits that include a player option for 2017-18.

The Heat can't even really cut McRoberts, because they would be forced to pay the entirety of his roughly $6 million player option for next year. So while the Heat want to move McRoberts, that won't be easy and it seems unlikely.

Monty Williams To The Spurs?
After the tragic death of his wife in a car accident, Monty Williams decided not to return to the Oklahoma City Thunder. However, the San Antonio Spurs have offered him a role within the organization, reports ESPN. Williams is expected to accept that role.

The specifics of what role Williams would fill and how much time he could commit have not yet been determined, but sources say San Antonio has opened the door to either a coaching and player-development role or a front-office position (or a hybrid), depending on what he prefers.

One source close to Williams told ESPN that the 44-year-old "absolutely" intends to be a head coach in the league again after his expected stint with the Spurs. The source also said numerous teams, including Oklahoma City, have made similar offers to Williams for next season.

Likely playing into Williams' decision to join the Spurs is that his in-laws live in San Antonio. They've been helping with his five children. The Spurs and head coach Gregg Popovich gave Williams his first coaching gig back in 2005.

Cuban Calls Kings Dysfunctional
Mark Cuban, the Mavs' owner, went on ESPN Radio to talk about the team's offseason moves. When discussing the addition of guard Seth Curry, Cuban didn't hold back with his thoughts.

A dysfunctional team in Sacramento at the end of the year he played team ball. He struggled some to stick within kind of a dysfunctional system. But when he got the minutes and when he started he put up great numbers.

The rest of Cuban's comments were praise for Curry. But he might not be wrong about the Kings, given their questionable offseason moves and the issues within the locker room the team battled all season.