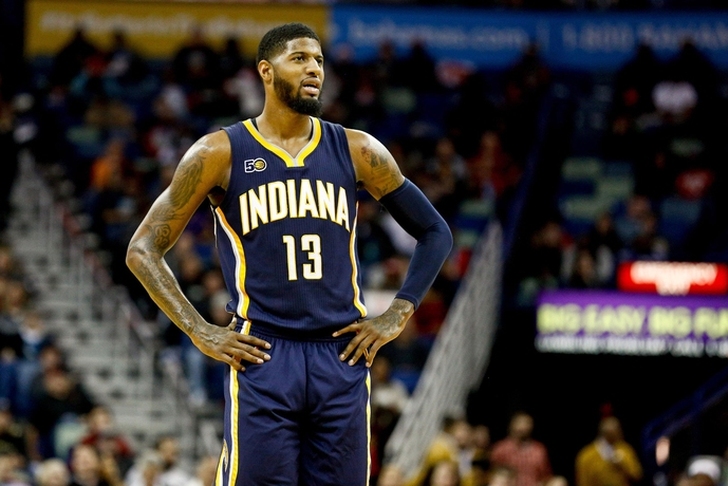 NBA Free Agency is over a week old, and most of the big names have already signed new deals. However, there are a few notable impact players still available. One of the biggest storylines of the offseason has centered around Paul George's pending free agency in 2018, and there's new information about where he wants to play. Here are all the latest NBA rumors you need to know:

Paul George not sold on Lakers
The Indiana Pacers traded Paul George to the Oklahoma City Thunder after he reportedly told them he would be leaving the team to sign with the Los Angeles Lakers as a free agent next offseason. However, he isn't sold on joining the Lakers if OKC is a contender with him this year, according to Sports Illustrated's Lee Jenkins.

George is from the L.A. area, and by superficial measurements, Oklahoma City is about as far away as he can get. But George actually grew up in Palmdale, more than an hour from Hollywood, and his favorite pastime was fishing on lakes in the Antelope Valley. The Lakers, with their historic home-court advantage, have reason to believe they can sign George as a free agent next July. The Thunder, with their player-friendly culture and MVP floor general, have reason to believe they can make it a fight. Optimism abounds that OKC will soon re-sign Westbrook, another Angeleno, to a five-year extension.

“I grew up a Lakers and a Clippers fan,” George says. “I idolized Kobe. There will always be a tie here, a connection here. People saying I want to come here, who doesn’t want to play for their hometown? That’s a dream come true, if you’re a kid growing up on the outskirts of L.A., to be the man in your city. But it’s definitely been overstated. For me, it’s all about winning. I want to be in a good system, a good team. I want a shot to win it. I’m not a stats guy. I’m playing this game to win and build a legacy of winning. I’ve yet to do that. I’m searching for it. If we get a killer season in Oklahoma, we make the conference finals or upset the Warriors or do something crazy, I’d be dumb to want to leave that.”

George had been telling friends he planned to join the Lakers no matter where he was traded to, but after the Thunder acquired him, teams around the league believe there is only a "75 percent chance" he goes to LA.

The Lakers are focused on ensuring they have the cap space to sign George and another superstar in 2018.

Chat Sports is on Venmo - send us some beer money for bringing you this awesome article??

Warriors want to re-sign JaVale McGee
JaVale McGee had an excellent season coming off the bench for the  Golden State Warriors, but after signing Nick Young and re-signing Andre Iguodala and Shaun Livingston (along with Stephen Curry and Kevin Durant), they can't offer him anything more than the veteran's minimum.

McGee has met with a few teams this offseason to see if they would be willing to offer him more than that, but head coach Steve Kerr wants to have the athletic seven-footer back, according to Anthony Slater of the San Jose Mercury News.

I would love to have JaVale back. We all want him back. But we’ll see how all that goes. He’s a free agent, he’s exploring his options. He was great for us last year, such a good teammate, high energy. But we’ll see.

It remains to be seen what other teams are offering McGee, who averaged 6.1 points and 3.2 rebounds in less than 10 minutes per game.

Mutual interest with Knicks, Rajon Rondo
The New York Knicks have been trying to sign a veteran point guard to help mentor first-round pick Frank Ntilikina, and after missing out on both George Hill and Shelvin Mack, they have turned their attention to Rajon Rondo, according to ESPN's Ian Begley.

On the point guard front, the Knicks are looking at several different veterans and hope to bring one in on a short-term deal. One free agent they’ve remained in touch with is Rajon Rondo, per sources. There is interest from both sides, sources say.

Rondo has clashed with members of his previous organizations, but young players in Chicago and Sacramento rave about his ability to mentor and develop them. That’s what the Knicks are looking for -- someone to help guide rookie Frank Ntilikina.