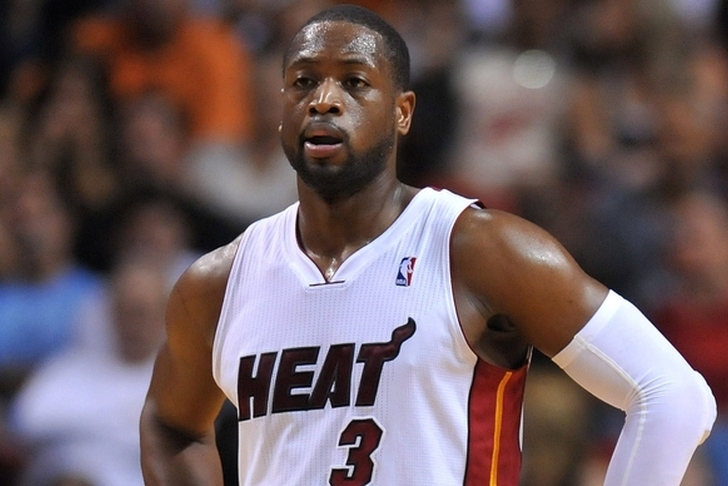 NBA free agency is here, and there have already been several moves in the first few days. With the cap rising, players are landing lucrative deals, especially compared to previous seasons. Many big names have already signed, although there are still several quality players left on the market. The rumor mill is buzzing with potential deal, and we're here to get you caught up on what's happened thus far. Here are all the latest NBA rumors and news you need to know.

Dwyane Wade Update
Wade is one of the top free agents left, and the Miami Heat are trying to bring him back. He's reportedly canceled some of his free agent meetings, which could be a good sign for the Heat.

However, there is a report the Wade is looking at the possibility of joining up with friend LeBron James once again.

The biggest issue with Wade joining the Cavs is money. The Cavs can only offer Wade the $2.9 million mid-level exception, a fraction of the $20 million per year for two years the Heat have offered him. ESPN reports Wade wants $50 million over two years from the Heat, and is still talking with the Nuggets and Bulls.

Russell Westbrook Trade?
With Durant gone, the Thunder are now Russell Westbrook's team. ESPN's Brian Windhorst reports Oklahoma City will try to extend Westbrook this summer. If they can't do that, Westbrook could be dealt.

If Westbrook chooses not to extend his contract this summer, multiple league executives told ESPN they believe the Thunder will consider fielding trade offers for Westbrook.

Westbrook certainly won't extend his deal this summer, as there's far more money to be made by entering free agency when the cap rises again next year. The Thunder would likely have to get a stunning offer to trade Westbrook, as Oklahoma City is still a playoff team.

Big Men Returning To Warriors?
The Warriors gutted their bench and center position to afford Kevin Durant, and are now in the market to add some front court depth. Two former Warriors could return, including Jermaine O'Neal.

Speaking of centers the Warriors could get: I'm told Jermaine O'Neal is game for a return to Warriors

O'Neal interest in a return shouldn't be a surprise, since the Warriors are the heavy championship favorites. But he's 37 years old and it's unclear if the Warriors would want him back. Another former Warrior who could return is David Lee. The Warriors dealt Lee last offseason, but he told TMZ he's open to a return.

"We're still trying to figure it out," Lee said. "Everything goes from what K.D. did and that kind of sets the table for the rest of the league."

The Warriors landed Zaza Pachulia on a $2.9 million deal, but still need to fill out the rest of the roster with veteran minimum contracts.

Latest Signings
With so many players agreeing to contracts, we're changing this from a running list of all the moves to only the most recent ones.