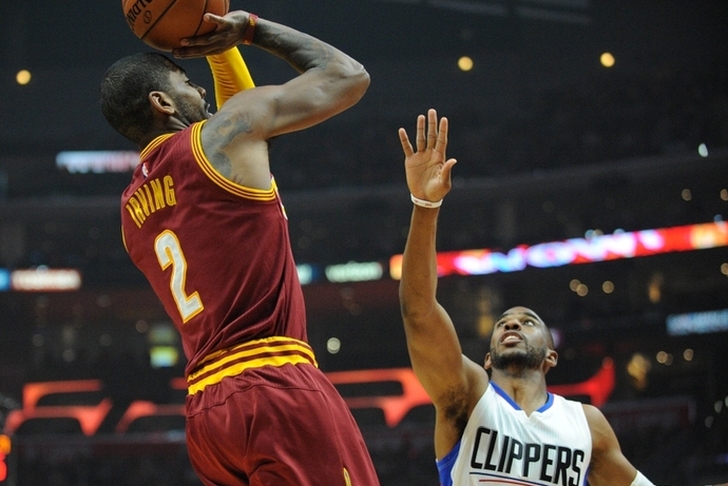 The NBA world has been centered around the Cleveland Cavaliers for the past week following Kyrie Irving's trade request, and as many as 20 teams have inquired about a possible trade. With free agency pretty much over, all is relatively quiet around the league other than Irving speculation. Here are all the latest NBA rumors you need to know:

Clippers out of Kyrie Irving talks
The Los Angeles Clippers were one of the teams that had preliminary talks with the Cavs about a possible Irving trade, but have since given up as they don't have the assets to get a deal done, according to Brad Turner of the Los Angeles Times.

Clippers did due diligence and talked to Cleveland about trying to acquire Kyrie Irving, but LA doesn't have assets to get deal done, source

Clippers know that 3-team deal for Kyrie Irving won't work either. But at least Clippers made an effort.

Irving has three years left on his contract and does not have a no-trade clause, meaning Cleveland does not have to abide by his four team wish list (Miami Heat, Minnesota Timberwolves, New York Knicks or San Antonio Spurs). As such, they have been receiving offers from pretty much everyone in the league.

Heat have not made offer for Kyrie Irving
The Heat reportedly made an offer for Irving with a package that centered around Goran Dragic and Justise Winslow, but Ira Winderman of the South Florida Sun-Sentinel says they haven't made such an offer.

Taking the rare step of commenting on trade speculation, the Miami Heat on Friday denied an ESPN report that the team had offered point guard Goran Dragic and forward Justise Winslow to the Cleveland Cavaliers in a package for disgruntled guard Kyrie Irving.

In the wake of that report, the Heat took the rare step under the leadership of President Pat Riley of publicly denying that any offer, of any sort, had been made for Irving.

According to a party familiar with the situation, the Cavaliers' current demands exceed what the Heat, and apparently several other teams, believe is feasible.

Cleveland is looking for a combination of proven veterans, promising young players and draft picks for Irving, similar to what the Denver Nuggets got in return for Carmelo Anthony when they traded him to the Knicks.

Celtics "monitoring" Kyrie Irving trade, not expected to pursue deal
After signing Gordon Hayward and trading Avery Bradley to the Detroit Pistons, the Boston Celtics have still been actively monitoring the trade market.

As such, they have been keeping a close eye on Kyrie Irving every since his trade request but are unlikely to make a deal for him, according to ESPN's Adrian Wojnarowski.

Several suitors contend there are two teams with the best ability to make deals for Irving: the Suns and Boston Celtics. So far, the Suns are unwilling to include No. 4 overall pick Josh Jackson in a trade, league sources said. The Celtics are monitoring, but it's unclear how aggressive they'll get -- and how motivated the Cavaliers would be to make a deal with their fiercest conference rival.

Boston has the most tradable assets in the league, having placed Jae Crowder and Marcus Smart on the trade block earlier this offseason. The Celtics have also shown a willingness to part with Jaylen Brown and Brooklyn's first-round pick in the 2018 draft in the right deal.

Boston hasn't officially made an offer to the Cavs.