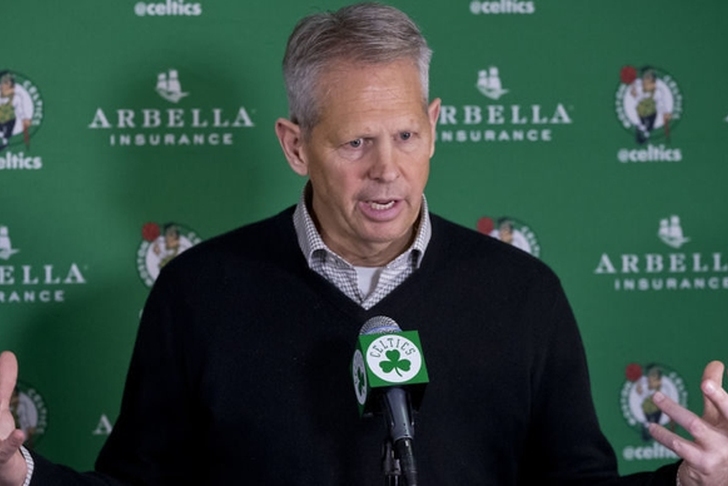 The Cleveland Cavaliers are celebrating their NBA title with a championship parade today, but the rest of the league has turned their attention to tomorrow's NBA Draft and their preparations for the start of free agency on July 1. Check out the latest NBA news and rumors below:

The Lakers have already talked about the possibility of trading Russell, and have shown a high amount of interest in Buddy Hield - who is expected to still be available with the No. 6 pick. Philadelphia has been shopping Okafor with the hope of improving their backcourt, and this trade would give them a long-term starting point guard.

Teams unwilling to trade with Boston for No. 3 pick?
The Celtics have been "aggressively shopping" the No. 3 pick in the draft with the hope of landing an established veteran player, but all of their attempts have been shot down to this point, according to ESPN's Marc Stein.

But sources told ESPN that the Celtics, to date, have been rebuffed in their efforts to assemble a sufficiently enticing deal to acquire any of these four prime targets: Chicago Bulls All-Star swingman Jimmy Butler, Utah Jazz guard Gordon Hayward and Milwaukee Bucks teammates Jabari Parker or Khris Middleton.

Who the Celtics like at No. 3, if they end up keeping the pick, has likewise emerged as one of the bigger mysteries of draft week, sources say.

Philadelphia has been trying to convince the Celtics to trade the No. 3 pick to them for a package centered around Okafor or Nerlens Noel, but Stein says Boston has "resisted those pitches."

If Boston keeps the pick, they are expected to select Jaylen Brown.

LeBron returning to Cavs despite rumors of leaving
After months of speculation that he may leave the Cavs this offseason to return to Miami, go to the Lakers or form a superteam with Dwyane Wade, Carmelo Anthony and Chris Paul, LeBron told ESPN's Dave McMenamin that he will return to the Cavs next season:

LeBron to ESPN (1 of 1): "I love it here in Cleveland. I have no intentions of leaving."

LeBron to ESPN (2 of 2): "There are some technicalities to take care of I'll leave up to my agent. That's right from the horse's mouth"

James signed another one-year deal with a player option for a second season with the Cavs prior to this season, but is expected to opt-out in order to capitalize on the rising salary cap. He signed the same deal when he originally re-joined Cleveland in 2014, and will the same deal again with the Cavs this offseason - just for more money.

Lakers to take Ingram with No. 2 pick
The Los Angeles Lakers will draft Brandon Ingram with the No. 2 overall pick in the draft, according to ESPN's Chad Ford and Ramona Shelburne:

Philadelphia told Simmons yesterday that they will pick him first overall, leaving Ingram for the Lakers. LA has reportedly targeted Ingram throughout the entire draft process and would've taken him No. 1 if they had won the lottery.