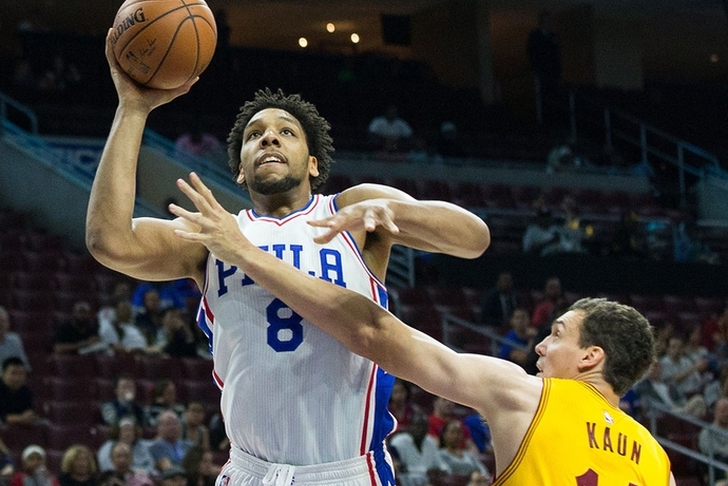 NBA free agency has died down, although there are a few quality players still available. There are also a few trade rumblings, with the Boston Celtics the main subject. Here are all the latest NBA rumors and news you need to know.

Jahlil Okafor And The Celtics?
The Celtics have been linked to trades for Blake Griffin and Russell Westbrook. However, CSN reports it's the 76ers' Jahlil Okafor who is the likely trade option.

The consensus among league executives spoken to by CSNNE.com is that the most likely trade for Boston will be one in which they wind up with Philadelphia’s Jahlil Okafor ... The two teams were reportedly close to getting a deal done on draft night, and league sources claim both have kept the door ajar to getting a deal done between now and the start of training camp.

The issue with getting Griffin or Westbrook is that their teams want players, not picks and prospects. If the Celtics did land Okafor, they could pair him at center and move free agent addition Al Horford to power forward. However, CSN also mentions that general manager Danny Ainge could elect to wait for a better opportunity to present itself.

Nets Not After Dion Waiters?
When Dion Waiters became an unrestricted free agent Monday, the Nets were one of the teams connected to him. However, it seems unlikely that they'll try to sign him.

The Nets spoke face-to-face with then-RFA Dion Waiters earlier this month in Vegas, league sources say, but proceeded without signing him.

Stein reports the Nets haven't changed their mind on Waiters yet. But, after failing to land Tyler Johnson and Allen Crabbe, the Nets could still make a move for Waiters if the price is right.

Kanter Getting Death Threats
Following a failed military coup in his native Turkey, Thunder big man Enes Kanter is now getting death threats. The threats were posted in a Tweet by Kanter, although they're written in Turkish. Kanter has spoken out against Turkey President Erdogan in the past. He was left off the national team for EuroBasket 2015 tournament, and Kanter said his politics were the main factor in that decision.

Beaubois Not Returning To Mavs
Rodrigue Beaubois won't be returning to the Dallas Mavericks this season. The 2009 first round pick is electing to play in Europe instead of taking the Mavs' partially guaranteed three-year deal at the veteran minimum, reports ESPN. The 28-year-old is close to a deal with Spanish club Saski Baskonia. Beaubois has played in France the last three seasons and hasn't been in the NBA since the 2012-13 season.