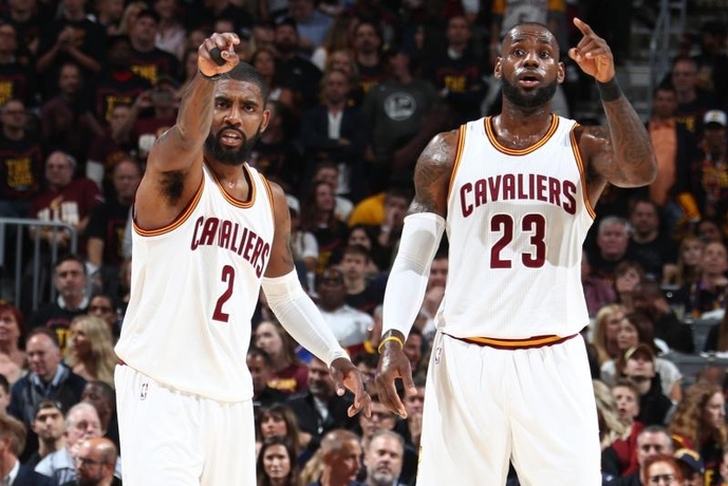 The full 2017-18 NBA schedule was released Monday night, creating plenty of excitement surrounding the top matchups of the new year. The Cleveland Cavaliers find themselves in the middle of most of those marquee games, but have major questions to answer this offseason, starting with the futures of both Kyrie Irving and LeBron James. Here are all the latest NBA rumors you need to know.

Cleveland "no longer investing" hope that LeBron James re-signs with Cavs
Rumors continue to swirl about LeBron James' plans for free agency next summer, with him being linked to both the Los Angeles Lakers and Houston Rockets. Cleveland is obviously hoping to retain their franchise superstar but don't want to be left out to dry if he leaves again in free agency - and want to use a Kyrie Irving trade to prevent that, according to ESPN's Adrian Wojnarowski.

Of course, Cavaliers officials prefer to re-sign James to a long-term deal and chase titles together into his twilight, but the Cavs are treating his unwillingness to commit as a call to protect themselves long term in the Irving trade, league sources said.

LeBron hasn't been willing to commit to the Cavs beyond this season, yet has also refused to waive his no-trade clause for any team.

James is very frustrated with the front office after this offseason in which they failed to improved the roster, which made the idea of him leaving a "serious possibility."

Cavs targeting 4 players in possible Kyrie Irving trade
As Cleveland tries to protect and prepare themselves for a possible future without either Irving or James, they want to do so by acquiring a star young player they can build their future around. They have identified four players they think fit the bill, according to Wojnarowski.

The Knicks were shopping Porzingis prior to the draft, but have taken him off the market following the firing of team president Phil Jackson. The Nuggets and Suns have also refused to seriously consider moving Murray and Jackson, respectively.

Boston prefers keep Tatum but haven't taken him off the market, making the the most attainable target of the group.

Suns looking to unload Tyson Chandler, Eric Bledsoe
Phoenix was the early frontrunner to land Irving in a trade, but the Cavs aren't the only team they are looking to trade with. Steve Kyler of Basketball Insiders reports that Phoenix could part with both Tyson Chandler and Eric Bledsoe this season.

With so many options, the idea of the Suns being sellers is not only real, it’s very likely, especially if the Suns can find a way to offload Tyson Chandler’s $13 million salary.

The Suns have been linked to rumors on guard Eric Bledsoe for months, and there is no question they have young guys to sweeten a deal, especially if it returns real talent.

Phoenix's offer for Irving centers around Eric Bledsoe and he is open to joining the Cavs.

Chandler has not been included in any talks with Cleveland and is more likely to be dealt closer to the deadline to a contender who wants to improve defensively.