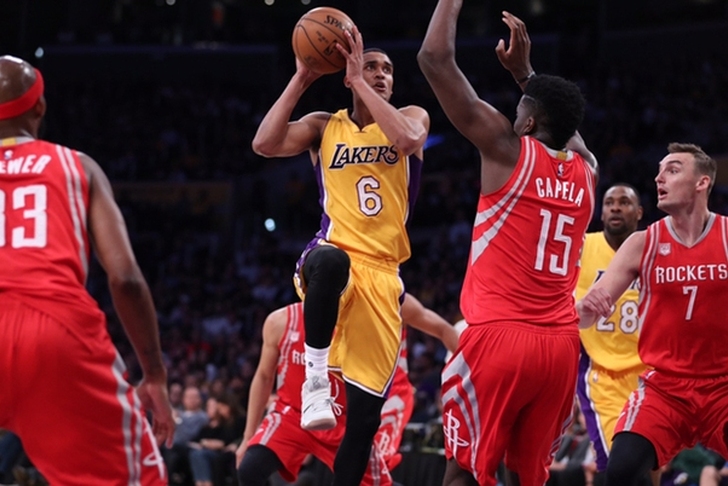 The NBA offseason has reached a quiet point following free agency and training camps still on the horizon. Kyrie Irving's trade demand has dominated headlines, but there is still plenty of other happenings worth monitoring around the league, including other players who may be on the trade market and the possible sale of the Houston Rockets. Here are all the latest NBA rumors you need to know.

Beyonce may try to buy the Rockets
With her hometown Rockets up for sale, Beyonce is trying to buy a minority stake in the team, according to Bloomberg’s Scott Soshnick.

Pop superstar Beyonce, a Houston native, is mulling an investment in the National Basketball Association’s Rockets, according to people familiar with the matter.

Rockets owner Les Alexander, a former bond trader, said last month he was selling the team amid a surge in franchise values across sports. The club’s popularity in China may push the sale price past the record $2 billion Steve Ballmer paid for the Los Angeles Clippers three years ago.

Several celebrities have held or currently hold small stakes in NBA teams. Beyonce’s husband, Jay-Z, owned a small portion of the Nets and helped engineer the team’s move to Brooklyn before selling his part of the team to start his Roc Nation agency. Justin Timberlake is also currently a minority owner of the Memphis Grizzlies.

ESPN's Darren Rovell expects the Rockets to be sold for $1.9 billion.

Lakers “confident” they can trade Jordan Clarkson
The Los Angeles Lakers are trying to maximize their cap space to make a run at two superstars next offseason, and as such, may look into trading combo guard Jordan Clarkson. If they make the decision to do that, the team is “confident” they will be able to deal him, according to Bleacher Report’s Eric Pincus.

One person within the organization who isn't permitted to speak publicly on the subject told Bleacher Report the team is confident it can move Clarkson if needed to open space.

The Lakers, sans Clarkson, project to have about $59.4 million, which is close to the numbers needed for George and Cousins together but not quite there to land one with either James or Westbrook.

Without Deng, Randle and Clarkson, the Lakers would have about $76.6 million to spend. Removing Deng could open the door for Los Angeles to either keep Clarkson (under contract at $12.5 million for 2018-19), Randle (who has a cap hold of $12.4 million as a restricted free agent next summer) or free agents in Lopez or Caldwell-Pope.

Since taking over LA's front office, general manager Rob Pelinka and team president Magic Johnson have been planning to sign both James and Paul George to max deals in 2018. They will need to part with Clarkson in order to have the space to offer max contracts to both players.

NOW READ: NBA Teams That Made The Playoffs Last Year, But Will Miss Them This Year

Brooklyn acquired D’Angelo Russell and DeMarre Carroll this offseason, but sent Brook Lopez - their best player - to the Lakers in the Russell trade.