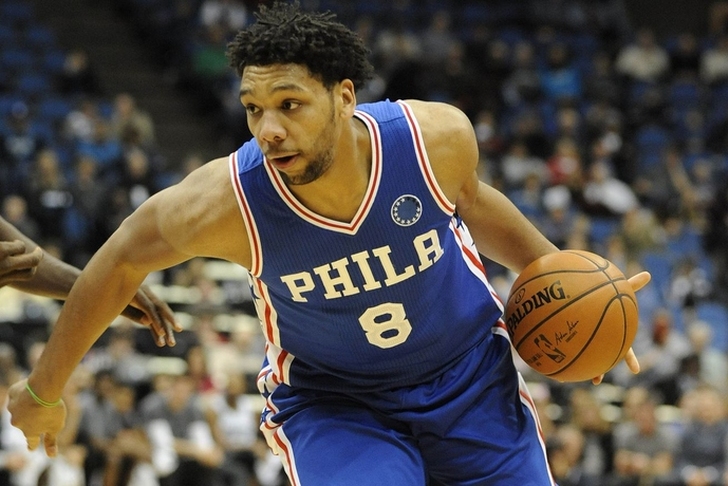 The NBA Draft is nearly here. The 2016 edition starts in just a few hours, and the NBA Draft rumor mill is cranking at full speed. There could be several trades, as multiple teams are trying to move up or down this year. Check out the latest NBA draft rumors and news below:

Jahlil Okafor Trade?
The Celtics are trying to trade the No. 3 overall pick for a veteran, but have been rebuffed in their efforts. However, they do have an offer from the Philadelphia 76ers, according to ESPN Insider Chad Ford.

The best offer they've received? The Sixers are willing to part with Jahlil Okafor for the No. 3 pick. While interested in Okafor, the Celtics want more.

Meanwhile, the 76ers are working hard to land that No. 3 pick.

League sources tell @chadfordinsider and me: Philadelphia is ramping up its efforts to acquire tonight's No. 3 overall pick from Boston.

That the 76ers are hesitant to give up another player for the No. 3 overall pick isn't much of a surprise. A trade at No. 3 could very well happen tonight, with the 76ers likely targeting Kris Dunn.

Hornets Trying To Trade Pick?
The Hornets had been linked to trying to move up in the NBA Draft this year, but now might be trying to trade their pick altogether.

Moving Lamb or Hawes plus a first round pick is a pure salary dump move by the Hornets. The Brooklyn Nets (more on them below), the Houston Rockets and Portland Trail Blazers all lack a first round pick and are trying to move into the first round, per Wojnarowski. That could make any of them an option, as well as rebuilding teams like the 76ers.

Nets Shopping Thaddeus Young?
UPDATE: The Nets have traded Young to the Pacers

The Nets, as mentioned above, want a first rounder. In order to get that pick, they're offering up PF Thaddeus Young.

Sources: Several Western teams aggressive on Thad Young, whom Brooklyn's working to move to highest bidder. This gets Nets into first-round.

It's not clear which teams would want Young, but he's coming off a career year. He put up 15.1 points and 9 rebounds per game, both of which are career highs.

Warriors Trying To Make A Big Jump Up
The Golden State Warriors have the last pick in this year's NBA draft, but are trying to move way up this year.

The Golden State Warriors have made calls trying to move up from No. 30 into the teens, according to a league source.

Going up at least 11 picks could end up costing quite a bit for the Warriors. It's unclear what they're willing to give up or who they're targeting.

Clippers Trying To Move Up
This isn't the first time the Clippers have been linked to a draft night trade, but they're trying to move up this year.

The Los Angeles Clippers have called teams in the mid to late-teens offering picks No. 25 and 33, according to a league source.

Second round picks aren't that valuable, although No. 33 is pretty close to a first round. The Clippers might not be able to move into the teens, but should be able to slide up a few spots at the very least.

How Old Is Thon Maker?
Maker was born in Sudan, but spent some of his time growing up in Australia. The 7-foot-1 power forward is loaded with potential, although still very raw. But at just 19 years old, there's time for him to develop. However, Maker might not be as young as he claims.

Several teams have entirely ruled Thon Maker out of the first round due to his age. Multiple sources believe Maker to be 21-23, not 19.

Maker bypassed college and spent a year at prep school in the US. If he's really 21 or even 23, he could be in for a draft night slide.