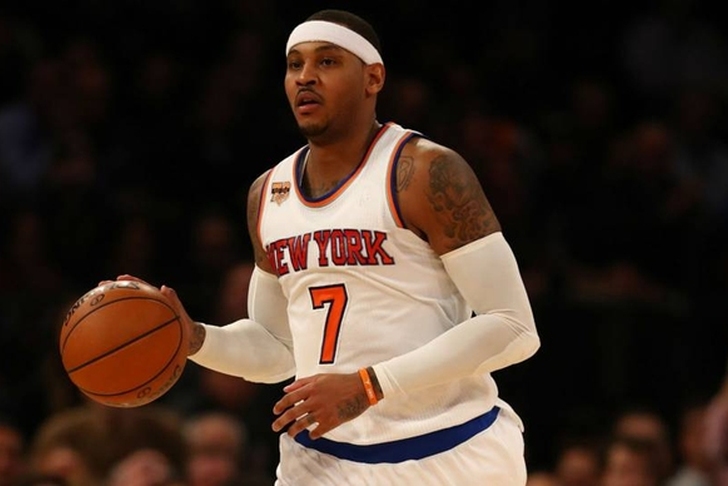 The New York Knicks and Houston Rockets are still working to pull off a Carmelo Anthony trade. A deal isn't close yet, but it could be a complicated trade that involves multiple teams.

Anthony's salary makes a trade difficult, especially with the Knicks not wanting to add Ryan Anderson in a trade. Anthony has agreed to waive his no-trade clause for two teams: the Rockets and the Cleveland Cavaliers. The Cavs can likely only nab Anthony if he's bought-out by the Knicks due to their salary cap situation.

New York and Houston have reportedly been talking to the Portland Trail Blazers about being a third team in an Anthony trade.