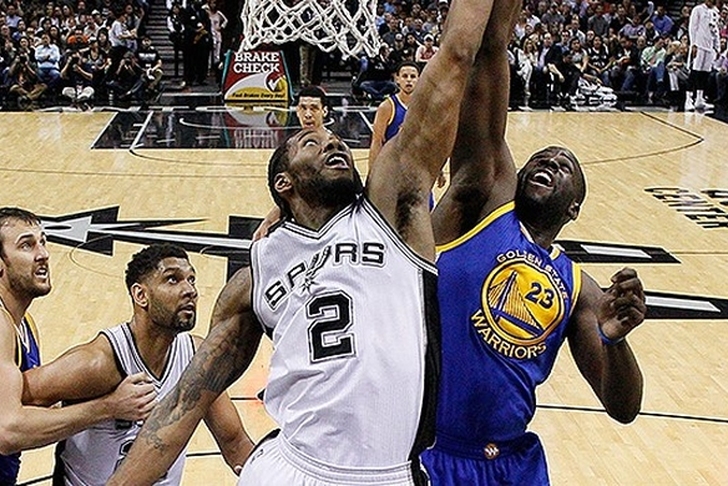 For the second year in a row, Kawhi Leonard of the San Antonio Spurs has edged Draymond Green of the Golden State Warriors to be named the NBA's 2015-16 Defensive Player of the Year.

Leonard is the only player at his position to win back-to-back DPOYs, and the first non-center to win the award twice since Dennis Rodman in 1990-91. He was the leader in San Antonio's league-best defense, which allowed just 92.9 points per game. Individually, Leonard average a career-high 1.0 blocks per game and 1.8 steals per contest.

Green's Warriors were not one of the NBA's best teams in tersm of points allowed, but finished fourth in opponents' points per possession (1.16). Golden State's starting power forward averaged a career-high 1.4 blocks and 1.5 steals per game.