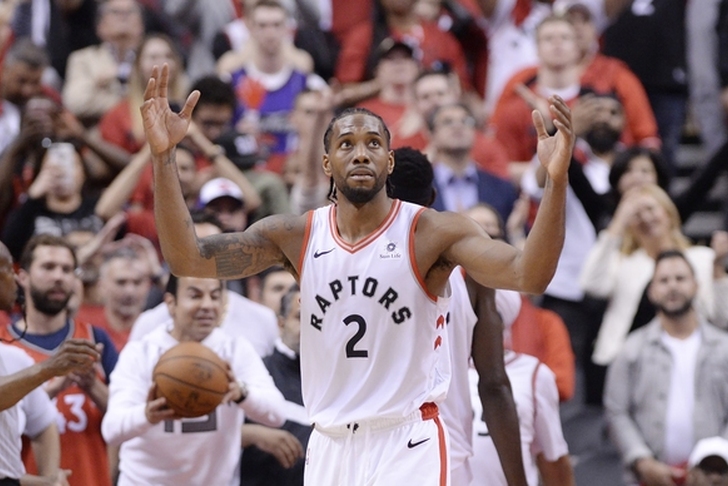 By now, everyone on the planet knows that the Toronto Raptors wrote history by defeating the Golden State Warriors in their first NBA Finals appearance. And while the fans are probably still celebrating this huge success and all the people involved in basketball - besides GSW fans - are glad to see a change, nobody stopped to ask how was this all possible. Well, it’s also probably nobody cares how did it happen as long as it did. However, such a huge achievement deserves all the in-depth analysis it can get. So, here’s our take on what happened in the NBA finals and what were the key ingredients for this surprising win.

Raptors Had Length, Depth and Athleticism
Of course, everyone expects that for a basketball team making its way to the NBA finals. However, the Toronto Raptors displayed amazing doses of these key ingredients to take the trophy home. A lot more than anyone could have imagined before the game began. The Raptors made great use of all these attributes to stop the two consecutive titles for the Golden State Warriors. Another big plus came from the superior health, since no matter how big of a Toronto Raptors fan you are, you can’t deny the series of injuries affecting GSW contributed heavily for the final result.

However, the level of fitness and health of a team is also part of the game so nothing can take away from the Raptors’ glory. GSW fans will never stop to wonder how the final games would have looked like with Kevin Durant on the field or even that last quarter with Klay Thompson still available. However, that’s a question of imagination right now as the final result is set in stone and history has been made.

Kawhi Leonard
Getting the MVP title was just a formality with, Leonard receiving 10 out of the 11 votes. With just one vote going to VanVleet, it has been confirmed that the revelation of this NBA finals came from the young player that is now wanted by all the big clubs in NBA. With offers pouring from the Lakers and the Clippers ( to name a few), he is yet to choose his destiny for the next season. Asked about what he would do if he was Leonard, Chicago Bulls former star Scottie Pippen said that he wouldn’t turn his back on his teammates and would give it another go with the same team for another NBA final. And that actually makes a lot of sense with promises from the Raptors to bring in some other big names and build a formidable team around Kawhi. And actually, they might have all the proper ingredients right there in the team. With the likes of Kyle Lowry, Pascal Siakam and Fred VanVleet showing an incredible form in the finals against the Golden State Warriors, there’s a lot of promise.

A Lot of Movement in NBA
In the meantime, everyone is already looking forward for the next season and all teams are trying to strengthen their rooster as much as possible. It’s that time of the year when free agent players take the headlines. Everything is up for grabs, just like you’d spin the wheel of roulette in an online casino Australia. The first confirmed deal comes from Enes Kanter that just signed a two-year deal with the Celtics that will get him $10 million. The Milwaukee Bucks signed Wesley Matthew on a similar deal for the next two years in an attempt to prepare for another conference final next year.

The Golden State Warriors also started to make some amendments to their team after the loss and it looks like they started with bringing Brooklyn guard DeAngelo Russell. The former player of the Nets signed a four-year with the GSW for a total of $117. At the same time, the Golden State Warriors traded Andre Iguodala to Memphis Grizzlies in what looks like a move to make more room for new players to attack the NBA finals next year and get back in the winning seat.