Here Are The 5 Teams Most Likely To Sign Al Horford 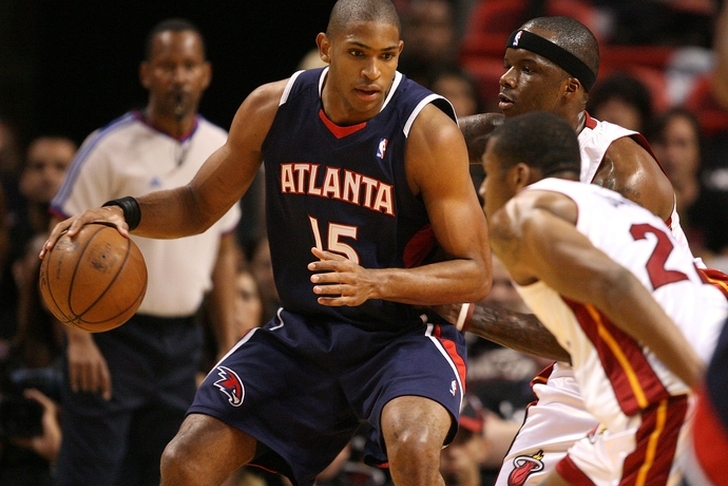 The NBA offseason is officially here, and the start of the NBA free agency is just a few days away. There are several big-name free agents set to hit the open market, including Atlanta Hawks center Al Horford. So where will Horford sign this offseason?

He's one of the top free agents this year and one of the best big men available. The soon-to-be 30-year old center can also play some power forward and can stretch the floor. He averaged over 15 points and seven boards last year, figures in line with his career averages. He's in line for a max-level deal or close to it, although there are worries about his age. Teams like the Pistons, Heat, Mavs and even a few more will have interest in landing Horford, but only one team will end up signing him. With that in mind, here are the five most likely teams to land Al Horford this offseason.

5. Houston Rockets
Horford is reportedly the top target for the Rockets this offseason and it makes perfect sense. Dwight Howard has opted out of his deal and likely won't return. Horford would be a good fit in Houston, and it's really a matter of it Horford wants to join a team that had serious problems last year. Either way, the Rockets need a new center.

4. Los Angeles Lakers
Horford is not at the top of the Lakers' list, as that's fellow big man Hassan Whiteside. But the Lakers will make a run at Horford and could end up landing him. He'd be a fit in Los Angeles, even if he lacks the outsized personality the Lakers other offseason big men accusations from years past have. He'd slot in at center, filling a major need. The Lakers have the cap space to afford him as well.

3. Atlanta Hawks
Horford has spent hit entire career with the Hawks, and at least a part of him wants to stay. The Hawks are reportedly trying to trade their first rounders so they can keep Horford. It was assumed by some that Horford would leave, but that seems less likely right now. The Hawks are a serious threat.

2. Orlando Magic
There's mutual interest between Horford and the Magic. It makes sense, as the Magic have plenty of cap space and need a veteran big, especially one of Horford's ability. Horford wants to get paid and the opportunity to play in Orlando, not far from where he dominated with the Florida Gators, could be too much for him to pass up.

1. Boston Celtics
If Horford wants to chase a title, there might not be a better (realistic) landing spot than Boston. The Celtics lack a true big man, and Horford is one of the better ones on the market. Isaiah Thomas and Horford could be deadly on the pick-and-roll and the Celtics would take another step closer to being a title contender with Horford. They have the cap space, although they haven't expressed a ton of interest yet. What they do in the NBA Draft will play a big role in determining which free agents they target.