Here Are The 4 Teams Most Likely To Sign Rajon Rondo 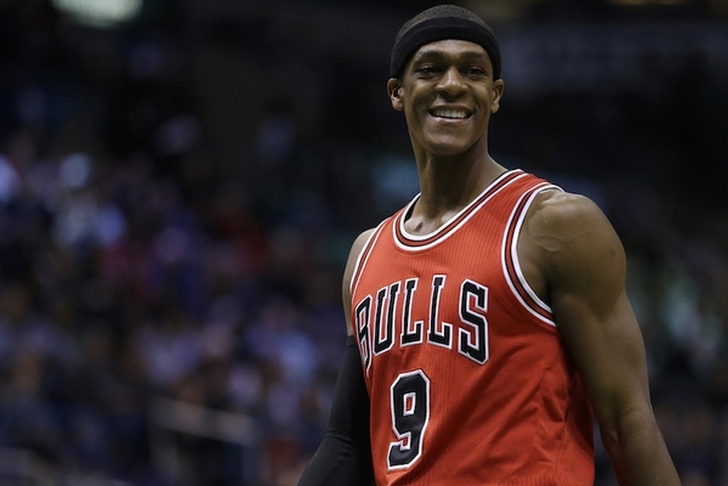 NBA Free Agency has officially been underway for nearly two weeks, and with almost all of the notable players already off the market, many teams are showing a new interest in Rajon Rondo. He won't be back with the Chicago Bulls next season, and a number of teams are willing to offer him a role either as a starter or as a mentor for a young point guard, both of which appeal to Rondo. Here are the four teams that are the most likely to sign him:

4) Los Angeles Clippers
Rondo has interest in joining the Clippers as he has friends on the team and played under Doc Rivers in Boston. However, Los Angeles hasn't reciprocated that interest with Patrick Beverley and Austin Rivers already on the roster. At this point, there's virtually no chance he ends up with the Clippers unless his market completely dries up and he's willing to sign for the minimum.

3) New York Knicks
The Knicks are still looking for a veteran point guard that help them bring rookie point guard Frank Ntilikina along slowly, and Rondo could provide some veteran leadership at point guard while serving as a mentor for the 18-year-old Frenchman. He's interested in that, and after striking out on George Hill and Shelvin Mack, New York could be interested as well. However, the Knicks have limited cap space to offer him.

2) Los Angeles Lakers
The Lakers targeted Rondo early in free agency, hoping he could provide some veteran leadership at PG. However, Rondo is also talking with other teams in part because of the Lakers' desire to only sign players to one-year deals. He has had that he wants to play for Los Angeles to serve as a mentor for Ball, and would be willing to sign for the mid-level exception.

1) New Orleans Pelicans
New Orleans is meeting with Rondo today, and both sides have mutual interest. The Pelicans are trying to keep pace with the other teams in the Western Conference that have loaded up this offseason, and they believe that Rondo and Jrue Holiday can play alongside each other (Holiday playing off the ball). New Orleans wants as a playmaker who can make the most out of playing with Anthony Davis and DeMarcus Cousins, and think Rondo can be that guy. It would likely be a one-year deal given New Orleans' cap situation.