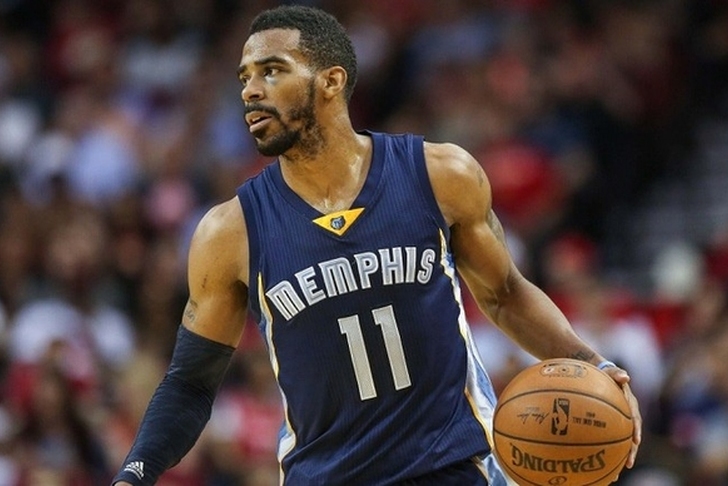 Memphis Grizzlies point guard Mike Conley will be one of the most coveted free agents on the open market this offseason, and every team with a need at the position will be going after him. However, there are only a select handful that have an actual shot at acquiring him. Here are the four teams that he is the most likely to sign with:

4) Dallas Mavericks
If Deron Williams declines his player option, as expected, the Mavs will pursue Conley before trying to re-sign Williams. Dallas has been looking for a star point guard ever since Steve Nash left, and Conley fits the bill as an all-around stud who is an excellent leader. However, Dallas has more pressing needs and may not be willing to get into a bidding war.

3) Memphis Grizzlies
We all thought Marc Gasol would leave Memphis last offseason, but he ended up signing a five-year deal to stay in town long term. Will Conley do the same? Obviously, the chance to continue to play with Gasol and stay in a place where he has played his whole career is appealing, but Memphis will have to convince him they can still compete for a title.

2) San Antonio Spurs
Tony Parker had his worst year since his rookie season, and there are also questions as to how much he can still provide the Spurs. If San Antonio decides to look for a new starting point guard, Conley is their guy. His low-key personality and unselfish play would make him a perfect fit with the Spurs.

1) New York Knicks
Conley has been linked to New York for the past two years now, and he is priority No. 1 for the Knicks. It seems like a foregone conclusion that Conley will depart the aging and diminished Grizzlies, and New York is prepared to throw a ton of money at him to fill their desperate need for a point guard.