Here Are The 3 Teams Most Likely To Sign DeMar DeRozan 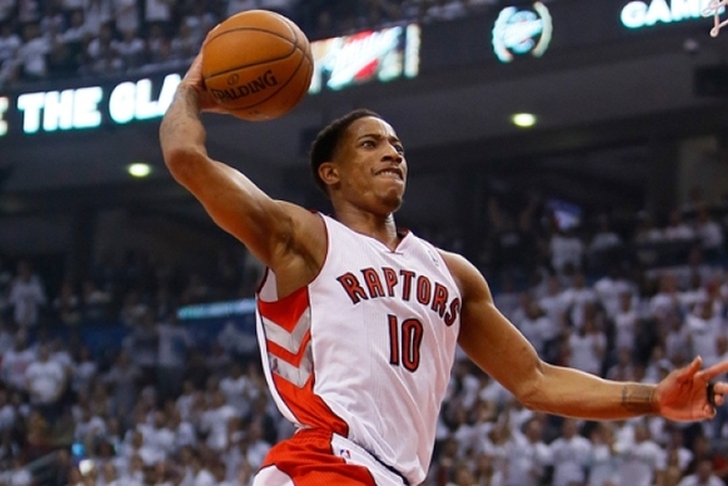 The NBA offseason is officially here, and the start of the NBA free agency is just a few days away. There are several big-name free agents set to hit the open market, including Toronto Raptors guard DeMar DeRozan. So where will DeRozan sign this offseason?

DeRozan one of the top free agents this year now that he's opted out of his contract. The 26-year-old guard is set to get a max contract this offseason and several teams will be interested in him. However, there's one team in particular that will likely land DeRozan. With that in mind, here are the five teams most likely to land DeMar DeRozan this offseason.

3. Brooklyn Nets
The Nets covet DeRozan and have the cap space to offer him the max deal he's going to get this offseason. However, this is a long shot at best. They'll make a play for DeRozan, but if he leaves the Raptors, it's not going to be for a rebuilding Nets team that's worse than Toronto.

2. Los Angeles Lakers
If DeRozan returns to the States, it will likely be for the Lakers. While there are some rumblings that the Lakers don't have that much interest in DeRozan, they'd still offer him a deal if he were interested. He's from L.A., played at USC and a return home could appeal to him. However, DeRozan to the Lakers also seems unlikely.

1. Toronto Raptors
This is where DeRozan is signing. When asked about his free agency, he said to ask Kyle Lowry, because Lowry already knew. DeRozan can make the most money by resigning with the Raptors and is happy in Toronto. This was the team that drafted him and Derozan has loyalty to them. DeRozan isn't going anywhere this offseason.