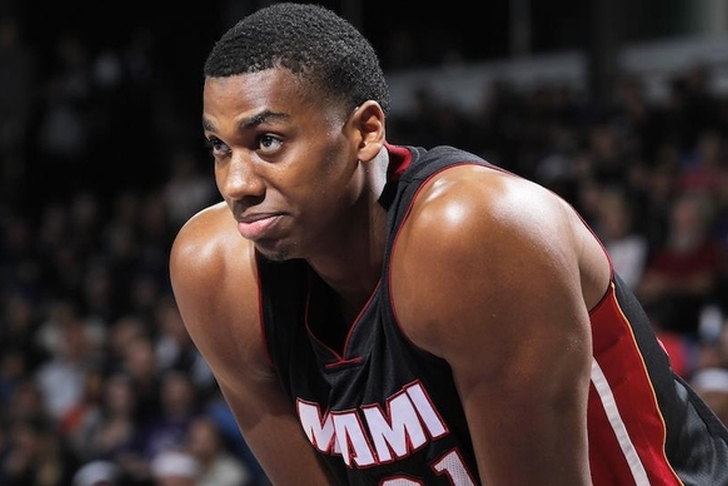 Hassan Whiteside is the top center free agent on the open market, and he has plenty of suitors as a result. Teams can not start negotiating with Whiteside, or any other free agent, until July 1. However, no free agent can officially sign with a team until July 8 - with the week between being known as the “July Moratorium” - but teams across the league are already lining up their pitches to land the superstar. Here's all the latest news and rumors surrounding Whiteside's free agency:

Hassan Whiteside favoring Mavs over Heat since Miami won't offer max?
Whiteside is considered to be the best big man on the open market this summer, and several teams are pursuing him. However, he is favoring a return to the Miami Heat, according to Steve Kyler of Basketball Insiders.

Want to be clear on Hassan Whiteside, he'd like to stay in Miami - they can offer biggest deal, but he's not romantic about it. Its business

Whiteside is expected to receive a max contract this offseason, yet the Heat appear to be reluctant to give him that much money - especially given their limited cap space and pursuit of Kevin Durant.

That pleases the Dallas Mavericks, who are known to be "aggressively pursuing" Whiteside and "feel pretty good" about their chances to land him, according to the Fort Worth Star-Telegram.

After hearing what Hassan Whiteside said when he met the Miami media over the weekend, the Dallas Mavericks probably feel pretty good about their chances of signing the Heat’s free agent center.

Dallas has a few factors going for them which has made them the frontrunners to land Whiteside. First off, they plan to offer him a max contract as soon as possible, pleasing Whiteside's "businessman" side. They're also hoping to sign Mike Conley to a max contract, creating a Big 3 with Conley, Whiteside and Dirk Nowitzki.

Third, and perhaps most importantly, the Mavericks plan to make Whiteside the focal point of their offense, something he openly desires. The Fort Worth Star-Telegram says the Mavs "will tailor their offense around him and make sure he gets between 15-20 field goal attempts per game."

With rim protection and perimeter shooting ranking as the Lakers' foremost areas of concern heading into the open market, sources told ESPN.com that Whiteside has emerged a priority target for L.A.

Blazers favor Whiteside over Howard?
Portland's top priority this offseason is to add a dominant big man who can protect the rim, which has led them to pursue both Whiteside and Dwight Howard. However, the Blazers prefer Whiteside, according to Bleacher Report's Howard Beck:

Portland needs a frontcourt anchor to complement its brilliant guard tandem of Damian Lillard and C.J. McCollum. But the Trail Blazers are more interested in Miami center Hassan Whiteside, according to league sources.

However, Whiteside hasn't reciprocated that interest in the Blazers, showing more favoritism to the Mavs, Lakers and Heat.