Conflicting Reports On If Gordon Hayward Will Sign With Celtics 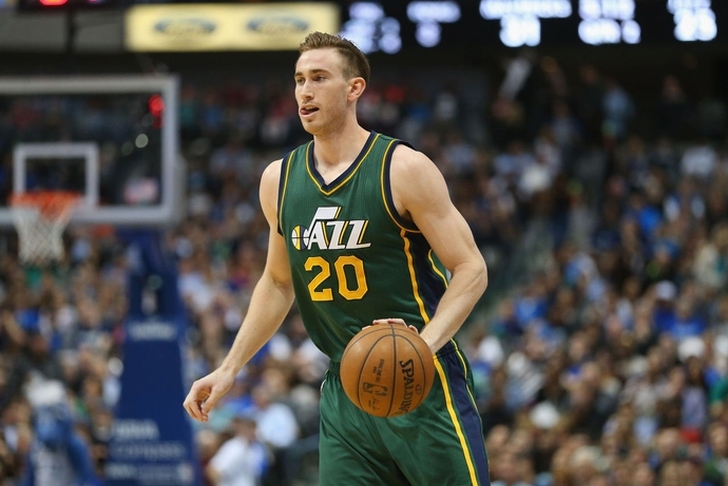 Gordon Hayward's agent says Hayward has NOT made his decision:

Gordon Hayward's agent, Mark Bartelstein, tells ESPN: "Gordon hasn't made a decision yet. We are still working through it."

Original story and report from ESPN's Chris Haynes and the Boston Globe is below. There are now conflicting reports about Hayward's decision. ESPN's Zach Lowe says Hayward is close to signing with Boston and so is USA Today's Sam Amick, while David Aldridge of TNT says Hayward hasn't made a decision.

Gordon Hayward has made his decision. The small forward has elected to sign with the Boston Celtics, passing over the Miami Heat and Utah Jazz in the process.

A league source confirms the Celtics have signed Gordon Hayward.

Hayward only took visits to the Jazz, Heat and Celtics. The Jazz had the last visit and it's the only team Hayward has played for. The allure of Pat Riley and everything that comes with playing in Miami (including no income tax), was a pull for Hayward.

But the Celtics provided the best chance to win and they have Hayward's old college coach in Brad Stevens. In the end, that was enough. The Celtics will need to make a few roster moves to clear the cap space to sign Hayward.

Hayward was the top free agent on the market. With his decision out of the way, expect the market for other small forwards to heat up.