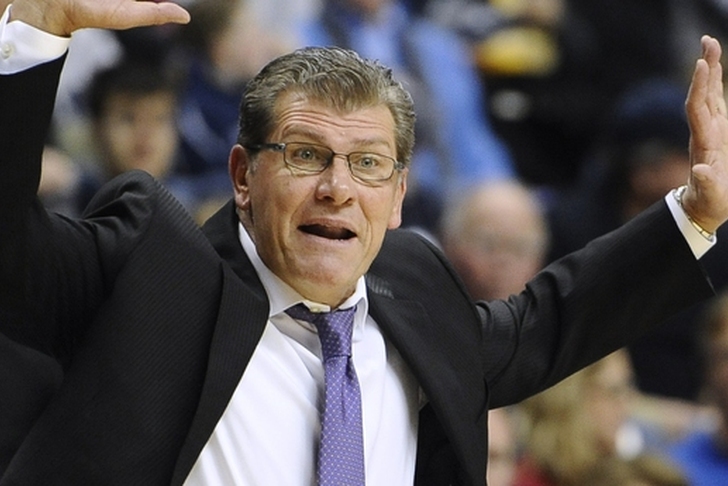 The outcome of the game was no surprise, but an interesting tidbit that came after the contest was that NBA executives are starting to take notice of the longtime Connecticut head coach, according to the Sporting News' Sean Deveney.

One exec with "knowledge of Auriemma's thinking" even said it's "a matter of when and not if" the seven-time Naismith Coach of the Year joins an NBA bench. Another league exec added that Auriemma "knows he'd have a role if he wanted to make that leap."

The 62-year-old remains under contract with the Huskies through the 2017-18 season.