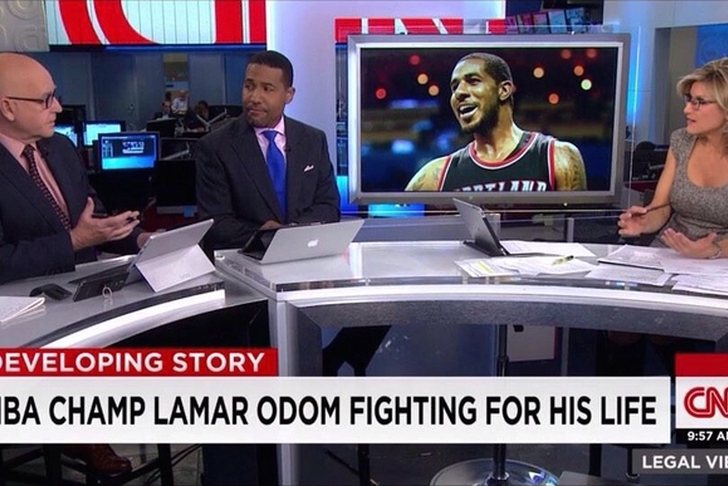 Former NBA player Lamar Odom is currently in a Nevada hospital "fighting for his life" after being found unconscious in a brothel, creating a nationwide discussion about drug addiction.

Odom has has issues with drug abuse in the past, and his situation is thought to be caused by a cocaine overdose - the Nye County Sheriff's office is currently testing Odom's blood.

CNN got in on the discussion today, but made a major error by using a picture of Spurs forward LaMarcus Aldridge as the background of their discussion (as seen above), not Odom.