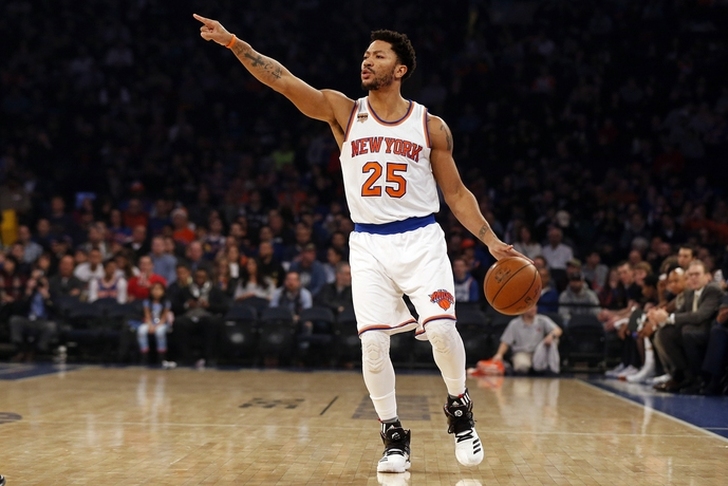 The NBA Trade Deadline has come and gone, with the biggest move being the Dallas Mavericks acquiring center Nerlens Noel from the Philadelphia 76ers. However, news is still coming out about trades that may have been confirmed - or may have fallen apart - right before the 3:00 pm ET deadline. Here is all the latest news you need to know:

Nuggets gave Pacers best offer for Paul George
One of the big names who was made available at the deadline was Paul George, but the Indiana Pacers ultimately decided not to trade their All-Star. According to ESPN's Marc Stein, the Denver Nuggets came up with a "monster" offer for George, but the deal didn't happen when Indiana told Denver that George was unlikely to re-sign with the team when he became a free agent next summer.

Denver today made a "monster" offer to Indiana for Paul George, league sources tell @ChrisBHaynes and me, but the talks gained no traction.

Sources tell @ChrisBHaynes and me that it's been conveyed to Denver that Paul George would be highly unlikely to commit there long term.

Indiana has passed on trade offers for Paul George and All-Star forward will remain with the Pacers, league sources tell @TheVertical.

Reports indicate that George plans to either re-sign with the Pacers or join the Los Angeles Lakers in 2018. He is averaging 22.3 points and 6.2 rebounds per game this season.

Timberwolves balked at Rose trade
The New York Knicks were in discussions with the Minnesota Timberwolves about a deal that would have sent Derrick Rose to Minnesota and Ricky Rubio to New York. The Knicks originally wanted more than just Rubio in return for Rose, but as the deadline came, the Timberwolves eventually passed on a one-for-one swap, according to Stein.

At the finish line, league sources say, New York was prepared to trade Derrick Rose for Ricky Rubio straight up. But the Wolves balked.

Rose will be a free agent this offseason, and the Timberwolves did not plan to try to re-sign him. They plan to have rookie Kris Dunn take the reins as the team's starting point guard sooner rather than later, and will likely look to trade Rubio again this offseason.

Buyout candidates
There are several players who were teams were looking to unload but were unable to trade. Those players are now expected to come to buyout agreements with their respective teams, allowing them to become free agents. Here's the list of candidates:

- Andrew Bogut is expected to be bought out by the Sixers after receiving him from the Mavs. The Cavs, Rockets and Spurs are all expected to pursue him.
- The New Orleans Pelicans are expected to waive Terrence Jones. He was knocked out of the starting lineup when the Pelicans acquired DeMarcus Cousins.
- The Mavs have told Deron Williams they will buy him out if he wants to join a contender.

Confirmed trades
Chat Sports is airing an NBA Trade Deadline Special on the Chat Sports Facebook page, detailing all of the trades that went down. You can watch here:

Follow our NBA news page for all the latest NBA trade news!