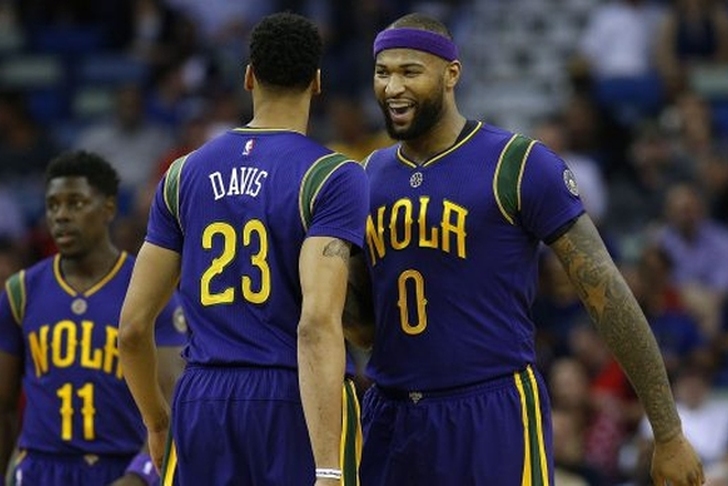 We’re now a few days past the NBA Trade Deadline, and we’ve gotten our first look at how these deals have worked out for each team. There were plenty of big names that were available and ultimately weren't moved, but several teams in the Western Conference made significant moves to set them up for long-term success or for a playoff push this season. Here is how Chat Sports grades all of the moves teams made around the deadline:

Dallas Mavericks: A-
The Mavs are gambling on Nerlens Noel developing into one of the league’s better big men, but that gamble didn’t cost them much. Justin Anderson was a promising young role player, but Andrew Bogut wasn’t contributing and they’ll likely get their first-round pick back due to the protections on it. It was a very low risk, high reward move for Dallas.

Denver Nuggets: D+
In the week leading up to the deadline, the Nuggets traded Jusuf Nurkic and a first-round pick to Portland for Mason Plumlee, who has been relatively underwhelming in Denver to this point. They then acquired Roy Hibbert from the Bucks to add rim protection to their bench unit, which they lost by trading Nurkic. Neither of those moves seem to be a particular upgrade, and it cost them a first-round pick. Ouch.

Houston Rockets: A
Houston traded away Tyler Ennis (Lakers) and K.J. McDaniels (Nets) to clear a little bit of cap space, but it’s the addition of Lou Williams that really puts them over the top. He is averaging 24 points per game in his first three appearances with the Rockets, giving them an amazing boost off the bench.

Los Angeles Lakers: A
Getting anything in return for Marcelo Huertas was a giant win for Magic Johnson, and Tyler Ennis may be their backup point guard for a while. However, the big move was receiving an unprotected first-round pick and Corey Brewer from the Rockets for Lou Williams, who they were looking to unload.

New Orleans Pelicans: A+
It’s going to take time for the Pelicans to figure out how to use Anthony Davis and DeMarcus Cousins together, and it’s especially hard to do on the fly like this. However, even if they don’t make the playoffs this season, this was a huge win. They didn’t give up a whole lot and got an All-Star in return, instantly making them a dangerous team while giving Davis help he has never had in the NBA. This move sets them up for success for the next several years.

Oklahoma City Thunder: C
Cameron Payne was never going to reach his full potential in OKC playing behind Russell Westbrook and Victor Oladipo, and Joffrey Lauvergne and Anthony Morrow were nothing more than small role players. Sending that trio to Chicago was fine, as was their return of Taj Gibson and Doug McDermott. McDermott gives them some much-needed shooting, and Gibson can be a tough veteran presence in the playoffs. The only problem is that Gibson’s contract expires after the season.

Phoenix Suns: B
The Suns traded P.J. Tucker and his expiring contract to the Raptors for Jared Sullinger and two second-round picks, then also acquired reserve forward Mike Scott from the Hawks for cash. Getting something in return for Tucker was definitely a win, but Sullinger’s contract expires after the season and they’re unlikely to re-sign him. Scott was just a salary dump by Atlanta.

Sacramento Kings: F
I get why the Kings traded Cousins - but that’s the deal you pull the trigger on? Really? Buddy Hield’s game has expanded with a bigger role in Sacramento, and while he’s not the next Stephen Curry as Kings owner Vivek Ranadive believes, he is a promising young piece that should hold the position for a long time. Willie Cauley-Stein is also playing better in a new role, but without Cousins, this team doesn’t have any hope for the foreseeable future.