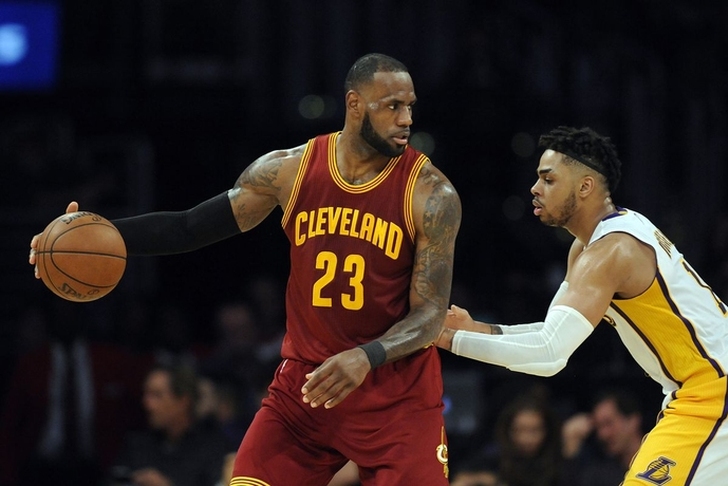 The NBA offseason is finally here, with NBA Finals over and the offseason rumor mill set to crank into overdrive. There will be plenty of rumors on free agency, trades and the draft in the coming weeks. The latest NBA Rumors, including one on LeBron James and the Lakers, are below.

Heat Want Gordon Hayward
ESPN's Zach Lowe reports the Heat are preparing to make a run at Utah Jazz forward Gordon Hayward this offseason. The Heat's interest in Hayward isn't a huge surprise, since he's one of the top free agents and the Heat have roughly $37 million in cap space after getting Chris Bosh's contract off the books. Plus, ESPN's Marc Stein had previously reported the Jazz feared the Heat.

While the Heat can offer Hayward the max $31 million deal he'll get from some team, there's no guarantee they can lure him to Miami. The Utah Jazz can give him more money and Hayward has spent his entire career there. The Celtics can also give Hayward the same contract as the Heat and there's the presence of Hayward's former college coach Brad Stevens.

LeBron To Lakers?
Before everyone freaks out or cries "fake news" on this, please read the whole thing. LeBron James heading out West to the Los Angeles Lakers has been mentioned in the past (pretty much each time he's been a free agent) and it's gained new life again with Brian Scalabrine's comments this morning. Scalabrine claims he's heard LeBron will give it one more year in Cleveland and then head to the Lakers.

"I'm hearing he’s going to (stay in Cleveland) for one more year and then bolt to (the Lakers), Scalabrine said on 98.5 The Sports Hub's "Toucher & Rich" on Tuesday. "He has a house in L.A., his kids are enrolled in school in L.A. even though they don't attend the school, so … I'm hearing (he’ll stay with the Cavs) for one more shot at beating the Warriors and then he’s off to La La Land."

This is not the first team Scalabrine has been discussed a seemingly outrageous rumor (and this is outrageous). Remember that Scalabrine fell for a totally fake trade rumor around Klay Thompson and the Boston Celtics back in November. There's a good chance something similar has happened this time around.

There was the Bleacher Report article stating LeBron was "rumored" to join the Lakers or Clippers, which cited a "The Ringer" article which claims league executives think LeBron could head West. That article also cited First Take as another example of the LeBron to L.A. theory. This rumor is based much more in reality than the Klay Thompson trade rumor, but it's still pure speculation. Plus, we hear the big name free agent to the Lakers every offseason. Don't buy it.

Warriors Want A First Round Pick
The Warriors don't have a draft pick in this year's draft, but they are trying to land one. Lowe reports the Warriors are trying to buy their way into the 2017 NBA Draft. The Warriors are without second round picks the next three years, but managed to trade for Patrick McCaw last year. The Warriors gave the Bucks $2.4 million for the No. 38 pick. Golden State could pull off a similar move this year in what is a deep draft.