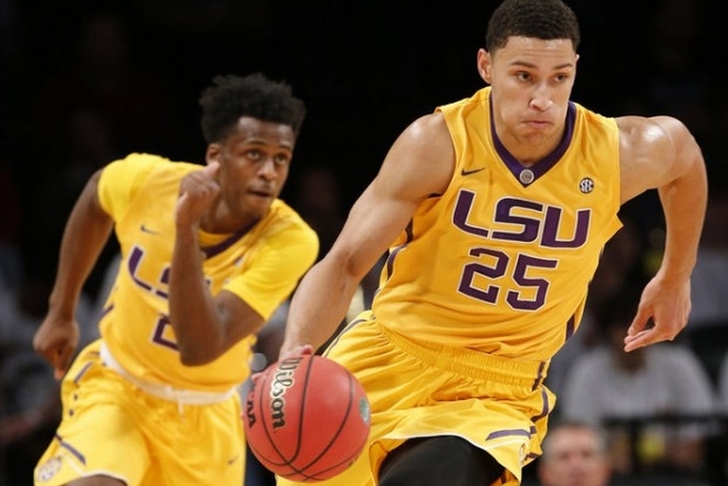 The 2016 NBA Draft isn't expected to be full of a lot of future stars, but there are still penty of intriguing prospects capable of making big impacts at the next level. Teams are already tanking for a chance to land LSU star Ben Simmons - who has drawn comparisons to LeBron James - creating a lot of intrigue. Here's our first mock NBA Draft of the year, with the draft order determined by current records:

Simmons is easily the best prospect in this draft and has drawn comparisons to LeBron James. Those are a little bit far-fetched, but there's no denying he is a franchise centerpiece. His ball-handing and passing ability are matched by only a few big men at the NBA level, while he's proven to be a capable defensive player both on the perimeter and in the post. His jumper does need work, but he has excellent touch on his floater and is the best finisher around the rim in this class.

Ingram has been inconsistent this year for the Blue Devils, but seems to have found his stride of late. A long, lanky win, Ingram's elite athleticism, coupled with a good jumper, allow him to have a lot of success offensively. He does need to add strength and become more aggressive, but he's oozing with potential. 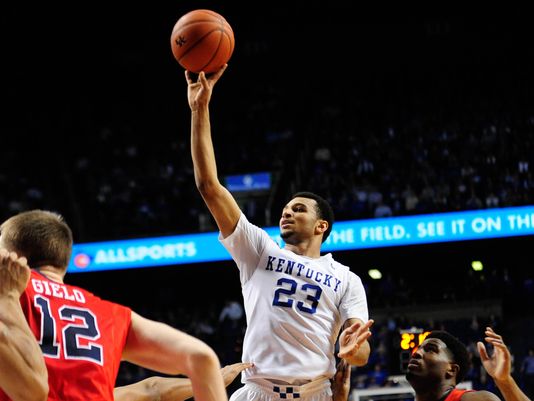 Murray is the athletic, smart, shot-shooting wing player that this Celtics team so desperately needs. Boston has shown a lot of interest in Providence's Kris Dunn (more on him next), but they have a bigger need at the shooting guard position. 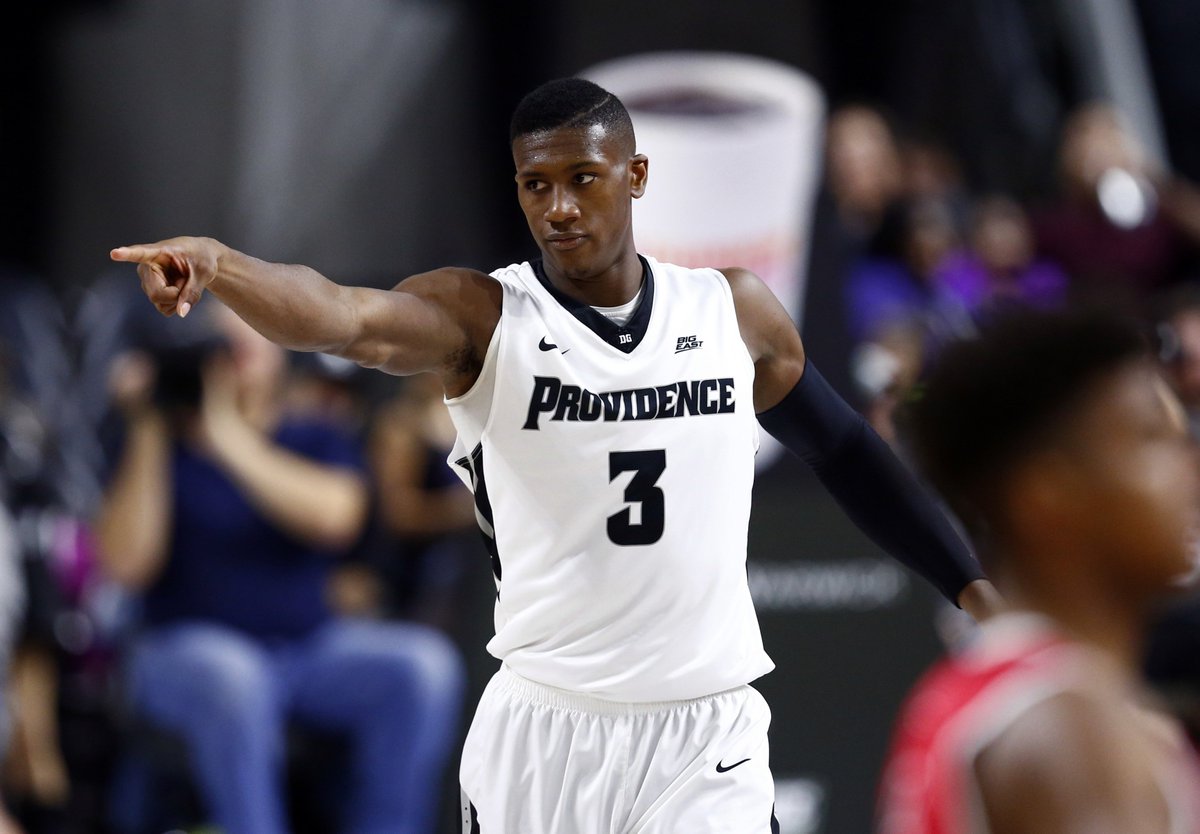 Dunn is easily the best point guard prospect in this draft and, like Simmons, can do everything on the court. Equally good at setting his teammates up as he is at creating shots for himself, Dunn would be the perfect second option to Anthony Davis. There's a lot of unknown surrounding Bender, but he would've been a top 10/15 pick if he would've entered the draft last year. He needs to add weight, but his long-range shooting ability, passing, and potential as a rim protector has scouts drooling. Phoenix could use him as a stretch-four next to Tyson Chandler. 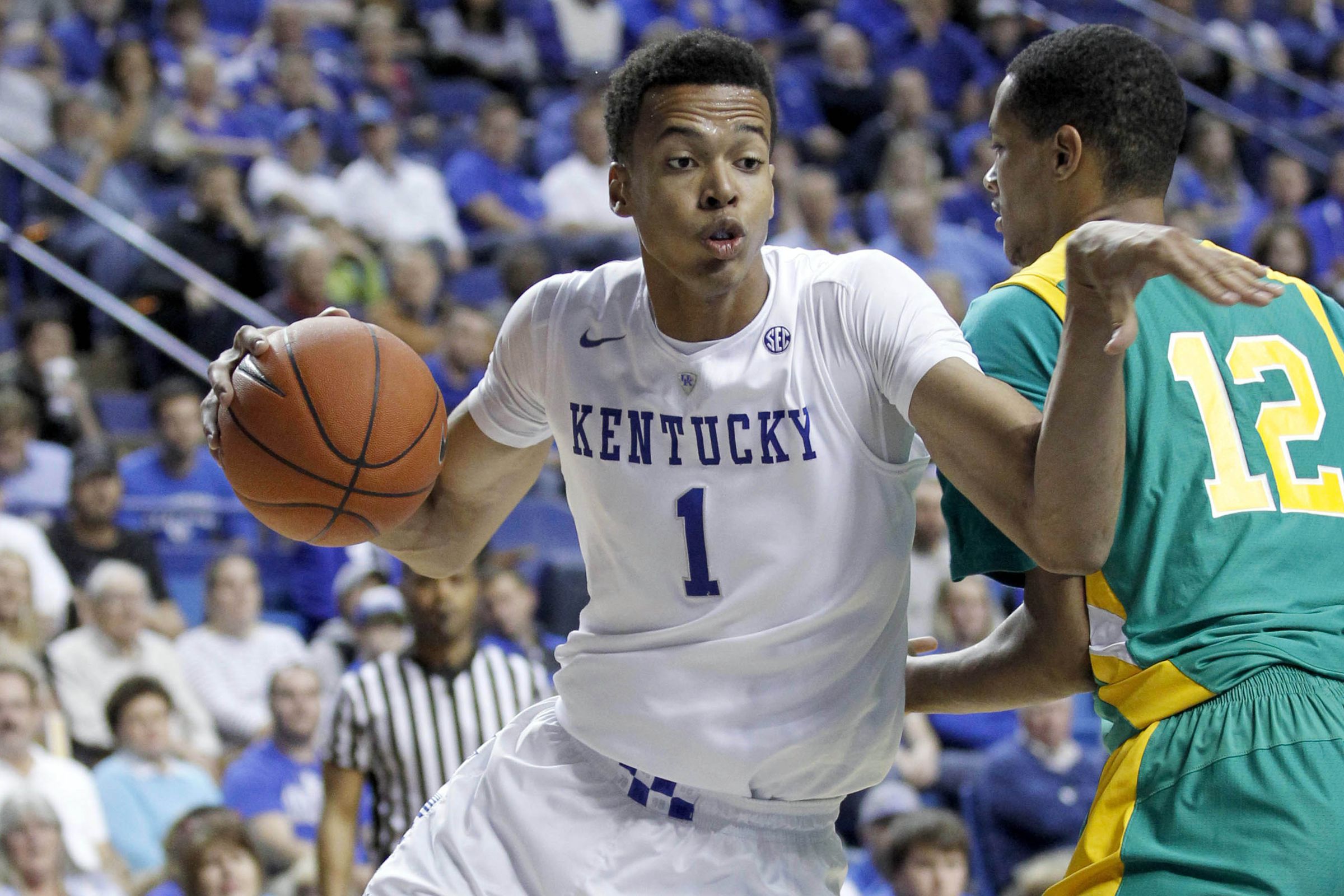 Make no bones about it - Labissiere has been downright awful for the Wildcats this year. He's not good defensively and is extremely soft down low. That being said, he is already a polished offensive player that clearly shows a lot of potential. Minnesota is a rebuilding team that has time to wait, especially with this being a weak draft class. Diallo hasn't really gotten to show what he can do this year because a NCAA investigation has kept him out for most of the season, but he's an athletic, energetic, shot-blocking big man the Nuggets could use to replace Kenneth Faried, who they're trying to get rid of. Brown is another player who hasn't delievered on his preseason promise, but he has all of the physical tools. His jumper needs work, but his strength, athleticism, and finishing ability will translate better to the NBA game. 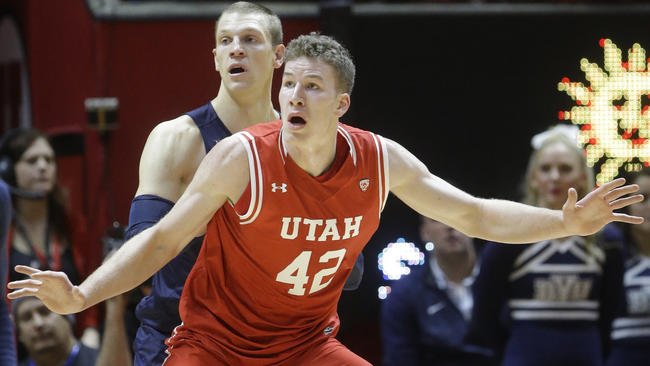 Poeltl is probably the most sure-bet player in this draft. He's a big shot-blocker with an expanding offensive game, but he doesn't try to do anything outside of what he's capable of.

Ellenson might be the best player you've never heard of. A true stretch-four, Ellenson does need to get stronger, but has an NBA-ready pick-and-pop game.

Korkmaz is a reliable shooter, though his all-around game is still developing as he grows into his body. Developing strength is a must.

It's taken a while for Stone to get up to speed with the college game, and he's now flexing his muscle. A true center, Stone can be a dominant offensive player and reliable rim protector - he just doesn't have the endurance yet to do it all the time. This would be a great value pick for the Wizards who need to find a long-term solution in the post.

There would be no better place for the National Player of the Year favorite to end up that in Detroit. The Pistons need to find depth on the wing, and Valentine could provide it while providing a myriad of skills off the bench. His playmaking ability would also be a huge addition next to the score-first mentalities of Reggie Jackson, Brandon Jennings, and Kentavious Caldwell-Pope.

Hield burst onto the scene with his 46-point performance against Kansas, but he's been one of the best pure scorers in the country for the past three years. Charlotte really needs a reliable scorer, and Hield is that guy.

The Ty Lawson experierment has not worked out in Houston, and they really need to find point guard relief. Maryland's Melo Trimble is an option here, but Jackson's athleticism, leadership, and passing ability has him high on almost all NBA draft boards.

Zimmerman is an extremely high-upside player as a seven-footer with three-point range, though he needs to become more consistent and aggressive. Boston has a plethora of picks, so this high-risk, high-reward selection would make sense.

A 19-year-old with elite NBA size and a 6'10" wingspan, Baldwin has the poential to become a defensive nightmare for opponents in the NBA. He also has a deadly combination of athleticism and three-point shooting ability.

Many think that Trimble is challenging Dunn as the best point guard in the nation, but his NBA scouts aren't has high on him because of his inconsistent shooting and occasional tendancy to turn the ball over at alarming rates. That being said, Trimble is excellent in the pick-and-roll - the staple of all NBA offenses - is a great finisher at the rim, and is great at getting to the foul line. This would be a great value pick for the Sixers.

Hayes has been lost in the shuffle with Wisconsin's struggles this year, but there's no deny how good he his as an all-around player. He won't be your first, or even second, scoring option, but Hayes will be able to provide defense and a high basketball IQ off the bench.

Briscoe is a true slasher at heart. His jumper needs a lot of work and has a tendancy to fade out of games at times, but there are few better prospects at attacking the rim. Another upside pick for Boston, Briscoe is a project.

Qi desperately nees to add strength before coming to the NBA, but his size and solid offensive game is enough to have some scouts raving about his potential.

An athletic playe with NBA size, Zipser is a versatile offense threat and reliable defensive player.

Mykhailiuk is a pure shooter with size. He's worked hard to become a solid defensive player, but he won't be anything more than a long-range sniper off the bench - something the Hawks have use for.

A long, athletic player that oozes potential on both sides of the floor, Jackson is still growing into his body and likely won't be able to signicantly contribute next year. That being said, he has all of the skills on both sides of the ball to develop into a reliable starter once he adds strength.

Newman, the No. 6 recruit in the country coming into this season, hasn't lived up to his preseason promise. There's a chance he'll return next season, but his elite athleticism and finishing ability make him an intriguing long-term prospect to Philadelphia.

LeVert has been extremely productive during his time at Michigan, but his limited athleticism and slim fram raise questions as to how well his style of play will translate to the NBA.

Brogdon is the most Spurs-esqe prospect since Kawhi Leonard. That's not to say Brogdon has that kind of potential, but his elite basketball IQ and defensive ability, combined with an expansive offensive skill set, make him the perfect fit in San Antonio.

Prince's ceiling is as a high-energy bench guy because of his limited offensive game, but this athleticism will get him on a NBA roster.